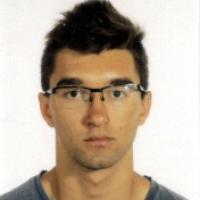 When and where did you begin this sport?
He took up skiing during his first year of college due to it being compulsory. He began training in alpine skiing in 2016.
Why this sport?
He wanted to compete at the Paralympic Winter Games and his college professor Zbynek Janecek encouraged him to take up the sport.
Club / Team
BSC Prague: Czech Republic
Name of coach
Frantisek Dostalek, CZE

Memorable sporting achievement
Finishing first in both slalom and giant slalom at an international competition in 2017 in Horni Domky, Czech Republic. (Athlete, 08 Mar 2018)
Most influential person in career
Coach Zbynek Janecek. (Athlete, 08 Mar 2018)
Other sports
He competed in the 2016 European Biketrial Championships in Bolotana, Italy. (uamk.cz, 19 Jun 2016)
Ambitions
To compete at the 2022 Paralympic Winter Games in Beijing. (blesk.cz, 16 Aug 2020)
Impairment
He began having trouble with his vision in April 2013. He was diagnosed with a degenerative visual condition known as Leber's hereditary optic neuropathy. "I suddenly began to see everything blurry. For example, in the classroom, I knew the colour of my teacher's clothes, but I did not know if he was wearing a sweater or a sweatshirt. As in skiing, I had to go with a guide, of course. But I did not have one. So my dad helped me. The problem was that I was going faster than him. So he was basically controlling me. It was not so safe." (prumyslovka.cz, 20 Feb 2018)