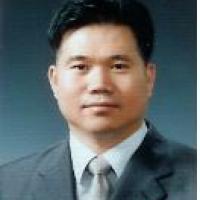 Awards and honours
In 2014 he was named Proud Person with a Spinal Impairment of the Year by the Korea Spinal Cord Injury Association. (ablenews.co.kr, 24 Sep 2014)

In 1999 he was given Mengho Medal by the Ministry of Health and Welfare in the Republic of Korea. (ableinfo.co.kr, 31 Dec 1999)
Impairment
He sustained spinal injuries during his military service. (ablenews.co.kr, 24 Sep 2014)
Other information
OTHER ACTIVITIES
He works as an adjunct professor in special education studies at the Korean National Sport University in Seoul. In his free time he has served as vice president of the Gyeonggido Shooting Federation for the Disabled, and as an executive director of the Bucheon Sports Association for the Disabled in the Republic of Korea. He has also run for election to become a member of Bucheon city council. (ablenews.co.kr, 24 Sep 2014; donga.co, 01 Jun 2014)