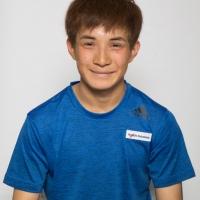 When and where did you begin this sport?
He took up skiing at age six in Toyama, Japan.
Why this sport?
He was encouraged by his cousin, and was inspired to take up the sport after Japanese Para cross-country skier Yoshihiro Nitta won gold medals at the 2010 Paralympic Winter Games in Vancouver. "When I watched Nitta winning gold in Vancouver my first thought was I might want to try cross-country skiing."
Club / Team
Nihon University [JPN] / Hitachi Solutions Junior Ski Team [JPN]:
Name of coach
Kazutoshi Nagahama [Hitachi Solutions, national], JPN; Misao Kodate [national], JPN

In 2019 he was given an Excellence Award at the Japan Para Sports Awards. (info.yomiuri.co.jp, 07 Dec 2019)
Other sports
He has competed in roller skiing at national level in Japan. (hokkoku.co.jp, 06 Nov 2021)
Ambitions
To win gold at the 2022 Paralympic Winter Games in Beijing. (paralympic.org, 12 Mar 2019)
Impairment
He was born with missing digits on his hands and feet, which includes three missing toes on his left foot and two missing toes on his right foot. (parasapo.tokyo, 06 Jun 2019)
Other information
PROGRESSION AFTER PYEONGCHANG
After winning gold in the men's standing 20km classic style event at the 2022 Paralympic Winter Games in Beijing, he said he felt that he had developed physically and technically since the 2018 Games in Pyeongchang. "I have really matured and grown. Back in Pyeongchang, I was so little. I did not have enough physical strength and knew little in terms of techniques. With training throughout the years, I am now much better at it. I was way more confident in the second half of the race. I was able to get away from other competitors and deliver a good finish." (OIS, 07 Mar 2022)

FROM HERO TO RIVAL
He was inspired to take up cross-country skiing when he was age nine, after watching Japanese Para cross-country skier Yoshihiro Nitta win gold medals at the 2010 Paralympic Winter Games in Vancouver. After winning two medals at the 2019 World Championships in Prince George, BC, Canada, where he beat Nitta, he said his former hero had now become a rival. "When I [first] joined the [national] team, he [Nitta] was so fast. He was really an idol to me. Now I feel he is more like a rival. I want to beat him, I want to compete against him. I don't think about [being with my idol] anymore. It is really cool now but, at the same time, there is pressure coming for being acknowledged [among the best cross-country skiers in the world]. I have to get used to it and be able to give my best shot at all times. I still need to improve in the middle of the races, my body tends to slow down. I have difficulties in moving as it is not as easy during the middle part of the race. So I want to gain more strength and stamina to get over that, and I want do develop my body." (paralympic.org, 12 Mar 2019)