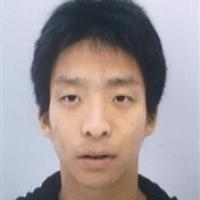 When and where did you begin this sport?
He took up the sport when he was a high school student.
Why this sport?
He initially played tennis, but his visual impairment forced him to quit. He was then encouraged to try Para athletics by his younger brother.
Club / Team
MS&AD Systems: Japan
Training Regime
He usually trains three days a week.

Most influential person in career
His younger brother Shunya. (gifu-np.co.jp, 14 Oct 2012)
Injuries
He fractured his leg in 2014. (Facebook profile, 13 Mar 2015)
Awards and honours
In 2012 he was given an Excellent Athlete Award by the Gifu Sports Association in Japan. (gifu-taikyo.jp, 2012)
Other sports
He has represented Japan in goalball and competed at the 2011 World Youth Championships. (ameblo.jp, 23 Jul 2013)
Famous relatives
His younger brother Shunya has represented Japan in Para athletics. He finished sixth in the T12 100m at the 2015 World Championships in Doha, Qatar. (SportsDeskOnline, 24 Mar 2017; tokyo-np.co.jp, 26 Dec 2016)
Ambitions
To compete at the 2020 Paralympic Games in Tokyo. (tokyo-np.co.jp, 26 Dec 2016)
Impairment
His visual impairment is the result of Leber hereditary optic neuropathy. (tokyo-np.co.jp, 26 Dec 2016)