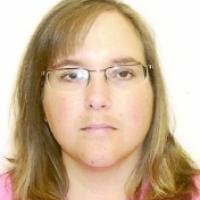 When and where did you begin this sport?
She took up shooting in 2009 through the Sitrin STARS Para sport programme in New Hartford, NY, United States of America.
Name of coach
Chuck Platt [national], USA

Hobbies
Watching American football, Indy car racing, swimming, cooking, crafts, volunteering, handcycling, kayaking. (teamusa.org, 2016)
Injuries
She underwent neck surgery in October 2014. (personaldefenseworld.com, 06 Nov 2015)
Other sports
She was selected as alternate for the US national wheelchair curling team for the 2010 Paralympic Winter Games in Vancouver. (teamusa.org, 2016)
Impairment
She was born with spina bifida. (crowdrise.com, 02 Mar 2016)
Other information
FATHER'S INSPIRATION
She secured a quota spot for the 2016 Paralympic Games at the 2015 World Cup event in Fort Benning, GA, despite experiencing a number of disruptions in the previous 12 months, which included surgery on a neck problem and her father passing way. "I've had a rough year. Last October [2014] I had neck surgery, and in May [2015] I went home to be with my father since he was sick. My father passed away in July so most of my training was done in August and September. That was the hardest I've trained and probably the most I've ever gotten out of training. I just wish I could tell my dad, that's the only sad part. He had never been able to come to one of my matches because he was on dialysis. I found out at his funeral he was planning to come to this match and get dialysis here, so that was on my mind." (usashooting.org, 05 Nov 2015)