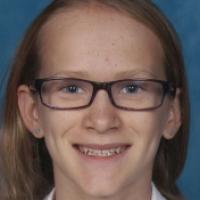 When and where did you begin this sport?
She began competing at age six in Sydney, NSW, Australia. "My mum is a physio and was always on the lookout for ways for me to stay physically active and improve my rehabilitation. We came across athletics and I loved it."
Why this sport?
Her athletic ability was spotted when she attended an Australian Paralympic Committee [APC] talent search day.
Club / Team
Hills District Athletics Club: Sydney, NSW, AUS
Name of coach
Matt Rawlings [personal], AUS

Memorable sporting achievement
Winning two silver medals at the 2017 World Junior Championships in Nottwil, Switzerland. (Athlete, 06 Nov 2019)
Hero / Idol
Australian hurdler Sally Pearson. (Athlete, 06 Nov 2019)
Injuries
In 2016 she broke her ankle and was out of action for six months. (Athlete, 06 Nov 2019)
Sporting philosophy / motto
"Believe you can and you're halfway there." (paralympic.org.au, 04 May 2019)
Awards and honours
In September 2020 she and Australian basketball player Tenayah Logan relit the Olympic Games cauldron in Sydney, NSW, Australia, in commemoration of the 20th anniversary of the opening ceremony of the 2000 Games. (Instagram profile, 16 Sep 2020; olympics.com.au, 15 Sep 2020)

She received the 2015 Young Sporting Spirit Award from Australian newspaper the Southern Courier, and the Female Junior Sports Award at the 2015 Randwick Council Sports Awards in Australia. (dailytelegraph.com.au, 17 Feb 2016; randwick.nsw.gov.au, 04 Nov 2015)
Milestones
At age 14 years and two days, she was the youngest Australian athlete to compete in any sport at the 2016 Paralympic Games in Rio de Janeiro when she finished sixth in her heat in the women's T36 200m. (newslocal.smedia.com.au, 19 Sep 2017; SportsDeskOnline, 03 Oct 2019)
Ambitions
To win gold medals at the Paralympic Games and the world championships. (Athlete, 06 Nov 2019)
Impairment
At age 18 months she underwent surgery to remove a brain tumour. The tumour was successfully removed but the operation resulted in ataxia. (paralympic.org.au, 01 Feb 2016; newspaperdirect.com, 25 Nov 2014; Athlete, 06 Nov 2019)
Other information
OTHER ACTIVITIES
In 2017 she took part in Youth Frontiers, a programme established by the New South Wales government to support and encourage young athletes with impairments. As part of the programme, she organised the first Eastern Suburbs Special Needs Athletics Carnival [ESSNAC] in Sydney, NSW, Australia. "Having a disability, I've been given the opportunity to participate in sport from a young age and I've always wanted to give other young kids the same opportunity as I got. Even if you don't get to represent Australia, there are lots of other benefits including the enjoyment of competing and socialising with others as well as keeping fit." (dailytelegraph.com.au, 13 Nov 2017; newslocal.smedia.com.au, 19 Sep 2017)