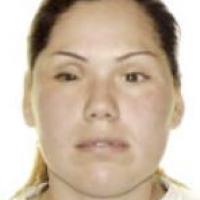 When and where did you begin this sport?
She took up athletics in 2010.

Injuries
She took a break from training after the 2012 Paralympic Games in London due to a hip injury. (ensaladadeportivabaja.com, 08 Oct 2012)
Sporting philosophy / motto
"Never surrender and keep on fighting for your dreams." (oem.com.mx, 25 Jul 2012)
Awards and honours
She received the keys to the city of Mexicali, Mexico, in recognition of her performance at the 2012 Paralympic Games in London. (ensaladadeportivabaja.com, 08 Oct 2012)

She was a flag bearer for Mexico at the 2012 Paralympic Games in London. (afntijuana.info, 24 Jul 2012)
Impairment
She was left blind after being shot in 2005 when she and her boyfriend were attacked by two men. One of the attackers, Raul Roberto Camarillo Lopez, was sentenced to 15 years and 11 months in jail. The other, Francisco Javier Rodriguez Vallejo, was not captured until January 2012. (lacronica.com, 15 Oct 2012)
Other information
OTHER ACTIVITIES
She has served as president of the Baja California Association for the Blind and Visually Impaired. (mexicalisport.com, 20 Dec 2012)