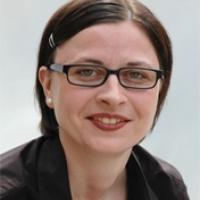 When and where did you begin this sport?
She began swimming at age five.
Why this sport?
She feels that water is her element, and when she swims her talent is the focus rather than her impairment.

Hobbies
Swimming, cooking, travelling. (tanja-groepper.de, 10 Jul 2011)
Injuries
She underwent shoulder surgery in 2011. (medeconruhr.de, 30 Mar 2011)
Awards and honours
She was named Athlete of the Year for the city of Dusseldorf, Germany in 2012. (cronenberger-woche.de, 22 Jun 2013)
Other information
RETIREMENT
In January 2014 she announced her retirement from competitive para-swimming due to persistent shoulder problems. (stockheim-teamrio.de, 16 Jan 2014)