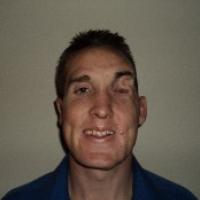 When and where did you begin this sport?
He took up the sport in 2011.
Why this sport?
He began sprinting and long jump for the opportunity of competing at the Paralympic Games.

Nicknames
The Gluten Gangster (superstrengthshow.com, 24 Jun 2015)
Memorable sporting achievement
Winning a gold medal in the F11 long jump at the 2011 Parapan American Games in Guadalajara, Mexico. (sportingnews.com, 15 Apr 2015)
Most influential person in career
His family. (tucsonlifestyle.com, 27 Oct 2012)
Hero / Idol
US Paralympic long jumper Lex Gillette, American football player Barry Sanders. (lexgillette.com, 10 Nov 2011)
Injuries
He missed most of the 2014 season due to injuries. (sportingnews.com, 15 Apr 2015)
Sporting philosophy / motto
"Make plans like an adult and believe in them like a child." [Jim Rohn] (sportingnews.com, 15 Apr 2015)
Other sports
He has competed in para-cycling and beep baseball at national level. Prior to his accident he played lacrosse for the University of Arizona in Tucson, AZ, United States of America. (LinkedIn profile, 2017; blindcitizens.org, 05 Sep 2015; Facebook page, 28 Apr 2015)
Impairment
At age 21 he was involved in a car accident. He lost control of his vehicle, landing upside down after falling down a 40-foot embankment. A tree had smashed through his windscreen and impaled him in the face. He lost his left eye, his face and skull were crushed and he sustained injuries to his brain and spinal cord. He lost the sight in his right eye 19 days later because of the swelling to his brain. (Facebook page, 28 Apr 2015; tucson.com, 07 Jun 2012)
Other information
OTHER ACTIVITIES
He serves as vice president for the National Federation of the Blind of Arizona in the United States of America. (LinkedIn profile, 2017)