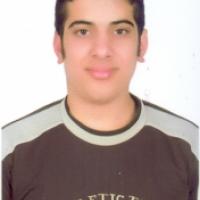 When and where did you begin this sport?
He took up Para Powerlifting in Cairo, Egypt.
Why this sport?
He was encouraged by a neighbour to practice the sport.
Club / Team
Warriors Military Club: Egypt
Name of coach
Mahmoud Nabil
Training Regime
He trains everyday except on Thursdays and Fridays.

Most influential person in career
His family. (Athlete, 05 Mar 2019)
Hero / Idol
Egyptian Para powerlifter Sherif Othman. (ahram.org.eg, 01 Jan 2017)
Ambitions
To compete at the 2020 Paralympic Games in Tokyo. (Facebook profile, 06 Feb 2019)
Impairment
He was born with a hernia which led to the partial paralysis of his lower body. He was diagnosed with paraplegia two months after his birth. (ahram.org.eg, 01 Jan 2017)
Other information
TOUGH CHILDHOOD
At age 10 he found it very difficult to live with his impairment, resulting in him trying to commit suicide. Having survived, he attempted suicide again one year later. "In the first attempt, I took a number of medicines and in the second attempt I tried to throw myself off the balcony after I was frustrated from staying alone most of the time, as my parents were always at work and my siblings were at school." (ahram.org.eg, 2017)