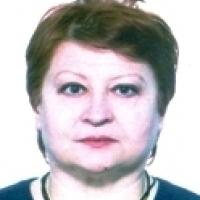 When and where did you begin this sport?
She took up powerlifting in January 2008 at age 52 in St. Petersburg, Russian Federation.
Why this sport?
While competing at the 2007 National Para-Table Tennis Championships, she met a woman who was doing powerlifting who suggested she also try the sport. She was also inspired to try powerlifting after watching competitions at the 2008 Paralympic Games. "Sport gives me confidence. It takes away my insecurities and makes me stronger."
Name of coach
Vyacheslav Krylov, RUS, from 2013
Training Regime
She trains from three to four days per week, with two trainings on Monday and three trainings on Friday.

She holds the title of Master of Sport of International Class in the Russian Federation. (fpri.ru, 27 May 2015)