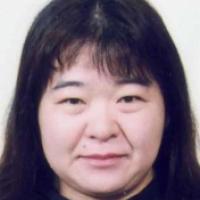 When and where did you begin this sport?
She took up the sport at age 20.
Why this sport?
She skis because she enjoys it so much.
Name of coach
Kazushi Shido [national], JPN

In 1998 she received the Nagano Citizen Honorary Award. (city.nagano.nagano.jp, 24 Mar 2014)
Impairment
Her left leg was paralysed as a result of an injury she sustained during gymnastics. At the 1988 Paralympic Winter Games in Innsbruck she was involved in another accident, which worsened her condition. (paralympic.org, 14 Dec 2011)