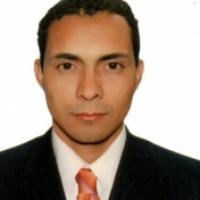 Why this sport?
"At first [after the accident] it was very difficult and I didn't want to do anything. Time went by and I saw people on TV with disabilities who were doing great things and that motivated me. I defended my country in the armed forces and I decided to do it with sport as well."
Club / Team
Armed Forces: Colombia

Sporting philosophy / motto
"As long as I have a 1% chance, I'll keep 99% of the faith." (Facebook page, 14 May 2019)
Impairment
His right leg was amputated after he stepped on a land mine while patrolling with his military unit in April 2009. (scoopnest.com, 01 May 2019; Fuerzas Militares de Colombia YouTube channel, 27 Apr 2016)
Other information
MAN VS TRAIN
In 2016 he appeared in a promotional video in which he raced a train and won. The video was produced in order to publicise the Race of Heroes in Bogota, Colombia, a 10km race to commemorate injured soldiers and those who lost their lives in combat. "The train was real. It was going past us. It didn't stop, but it was going at a moderate speed and I was able to overtake it." (Fuerzas Militares de Colombia YouTube channel, 27 Apr 2016)