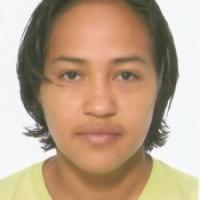 When and where did you begin this sport?
She took up the sport in 2013.
Why this sport?
She played football for 11 years before switching to athletics after being approached on the street by another athlete.
Club / Team
IRM: Brazil
Name of coach
Oriane de Souza Pinto Martins dos Santos [personal]

Nicknames
Tecka (folhadelondrina.com.br, 14 Mar 2017)
Impairment
She was involved in an accident at home at age seven, falling after she jumped over a fence and fracturing her left arm. Doctors put the limb in a cast, but three days later it became infected and had to be amputated below the elbow. (torcedores.com, 19 Sep 2017; NOC Media Guide, 01 Aug 2015)