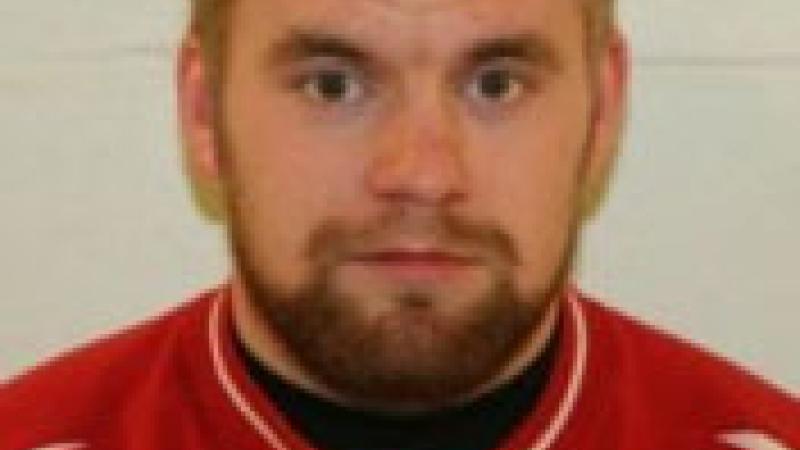 Why this sport?
He had always enjoyed skiing and after acquiring his impairment he wanted to pursue Para alpine skiing. He then met Norwegian Para ice hockey player Rolf Einar Pedersen, who tried to persuade him to join their team. "What I did not know then, but that he was aware of, was that sledge hockey would help me to accept a life of disability. I think he sent me mail each week for five to six months. Finally I replied. After the first time I was hooked."
Club / Team
Oslo KHK: Norway
Name of coach
Espen Hegde [national], NOR
Preferred position / style / stance / technique
Defence

Memorable sporting achievement
Winning a bronze medal in Para ice hockey at the 2010 Paralympic Winter Games in Vancouver. (nrk.no, 24 Feb 2014)
Hero / Idol
Swedish ice hockey player Erik Karlsson, Norwegian Para ice hockey players Tommy Rovelstad and Rolf Einar Pedersen. (paralympic.org, 28 Nov 2015; Vancouver, 21 Mar 2010)
Injuries
In December 2011 he sustained a concussion and was temporarily paralysed from the neck down following a tackle in a match against the United States of America. By the following month he had regained the feeling in his arms and returned to training. (tv2.no, 24 Jan 2012; nettavisen.no, 19 Dec 2011)
Sporting philosophy / motto
"Learn to love what you have been taught to fear." (bardum.no, 25 Mar 2013)
Other sports
He competed in alpine skiing at the 2014 Paralympic Winter Games in Sochi. (handikapnytt.no, 05 Jan 2015)
Ambitions
To win a medal at the 2018 Paralympic Winter Games in Pyeongchang. (Facebook page, 08 Mar 2017)
Impairment
In October 2008 he was paralysed from the waist down as a result of a cross-checking tackle while playing floorball. "If I had not been paralysed in the legs I would never have become a top athlete. I would have been a chubby carpenter from Fredrikstad who played floorball as a hobby." (bardum.no, 27 Jan 2013; tv2.no, 24 Jan 2012; nettavisen.no, 19 Dec 2011)