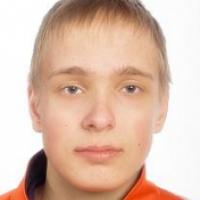 When and where did you begin this sport?
He first tried a racing wheelchair at age seven, and entered his first competitive race at age nine.
Why this sport?
He was encouraged by his parents, and he liked the idea of being able to go fast.
Club / Team
FfR Frielingen: Garbsen, GER

Hobbies
Wheelchair basketball, movies, reading. (timm-seestaedt.de, 10 Apr 2016)
Most influential person in career
Heinrich and Gudrun Koberle. (Athlete, 28 Jul 2010)
Sporting philosophy / motto
"I do not want to be the best, but a bit better every day. It is my ambition to surpass myself." (haz.de, 28 Jan 2016)
Awards and honours
In 2015 he finished third in the vote for Lower Saxony Para Athlete of the Year. (timm-seestaedt.de, 10 Apr 2016)