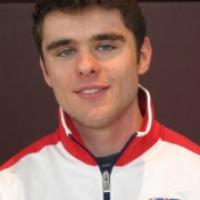 When and where did you begin this sport?
He first tried Para athletics in 2011.
Why this sport?
He was spotted playing wheelchair basketball and invited to take up Para athletics.
Name of coach
Jenni Banks [personal], from 2016
Training Regime
He trains with Jenni Banks' training group in Loughborough, and also at St Mary's University in London.

Most influential person in career
His family. (thisisourtownwindsor.co.uk, 04 Oct 2012)
Awards and honours
He received the Mike Earp Plaque at the 2012 Performance Awards at the Kingston and Polytechnic Harriers club in England. (kingstonandpoly.org, 07 Mar 2013)
Ambitions
To win gold at the 2017 World Championships in London, England. (athleticsweekly.com, 13 May 2017)
Other information
COACHING CHANGE
He changed coaches prior to the 2016 Paralympic Games in Rio de Janeiro, leaving the Weir Archer Academy to join Jenni Banks' training group, which includes fellow British Para athlete Hannah Cockroft . "I just felt like I needed something to push me to that next level. Jenny Archer and Dave [Weir] have been instrumental in terms of getting me to the level that I was at for the Europeans and I just felt like it was the best thing for me to do. [Hannah Cockroft] is the main person I train with over 100m because we're very similar on time. We push each other and it's really beneficial for both of us." (athleticsweekly.com, 13 May 2017)

BRAZILIAN ROOTS
His father was born in Vitoria, Brazil. He has a large number of family members living in Brazil, who watched him win a medal at the 2016 Paralympic Games in Rio de Janeiro. "I had family out there watching me compete in Rio, some of which I had never met, and to come home and have the next year being the London world championships is incredible, knowing that I'm going to have all my family there supporting me." (athleticsweekly.com, 13 May 2017; sportsaid.org.uk, 09 Sep 2016)

COACHING
He has served as an assistant coach of the Richmond Knights' U15 and U19 wheelchair basketball teams in England. (britishathletics.org.uk, 19 Oct 2015; rkbc.co.uk, 2015)