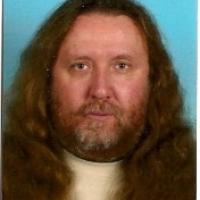 When and where did you begin this sport?
He began the sport in 2000 in Zlin, Czech Republic.
Why this sport?
"I used to compete in mono-skiing but my friend made me try ice sledge hockey and I loved it."
Club / Team
SHK Pardubice: Czech Republic
Name of coach
Jiri Briza [national]
Coach from which country?
Czech Republic
Preferred position / style / stance / technique
Defence

Nicknames
Kvochac, Tomino (caths.cz, 23 Feb 2014)
Hobbies
Listening to music, spending time in nature, tennis, table tennis, handbiking. (caths.cz, 23 Feb 2014)
Memorable sporting achievement
Competing at the 2010 Paralympic Winter Games in Vancouver. (Athlete, 07 Mar 2014)
Other sports
He has played wheelchair tennis in singles and doubles. With doubles partner Jan Hasek, he reached the final of the 2012 Eurovia Cup in Brno, Czech Republic. He has also competed in mono-ski racing. (Athlete, 07 Mar 2014; ITF, 14 Dec 2011)
Impairment
He was involved in a train accident that resulted in both of his legs being amputated above the knee. (Athlete, 07 Mar 2014)