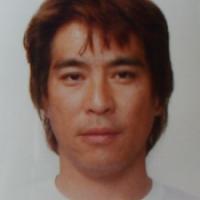 When and where did you begin this sport?
He began competing in Para athletics in 1999.
Why this sport?
He was hospitalised for two years after he was diagnosed with multiple sclerosis. He ordered a wheelchair to help him in his daily life, but realised when it was delivered that it was a racing chair. He was then encouraged to participate in a marathon by the manufacturer of the wheelchair.
Club / Team
Bayer Yakuhin: Japan
Training Regime
He trains from 09:30 until 17:30 during the week.

In 2004 he was presented with the Commendation of the Prime Minister in Japan. (ito-tomoya.com, 17 Jul 2017)
Ambitions
To win a medal at the 2020 Paralympic Games in Tokyo, and to compete at the 2024 Games in Paris. (edgeline-tokyo.com, 29 Nov 2019; sports.nhk.or.jp, 27 Jan 2021)
Impairment
He was diagnosed with multiple sclerosis in 1998. He uses a wheelchair and has lost the vision in his left eye. (rakusei.gr.jp, 16 Feb 2019; ito-tomoya.com, 17 Jul 2017; ssf.or.jp, 08 Apr 2015)
Other information
RETIREMENT AND RETURN
He retired from the sport following the 2012 Paralympic Games in London due to his progressive illness. Afterwards, he began running a ramen restaurant with his friend. When he participated in the 2016 Cybathlon assistive technology showcase in Switzerland as a pilot of a powered wheelchair, he met Anri Sugihara, the president of industrial design company RDS. Sugihara encouraged him to return to athletics with their newly invented wheelchair ahead of the 2020 Paralympic Games in Tokyo. He made his return in June 2017, after closing his restaurant. His customised wheelchair was completed in October 2019, and he competed in the wheelchair at the 2019 World Championships in Dubai, United Arab Emirates, where he won three medals. (yahoo.co.jp, 24 Feb 2020; jal.co.jp, 01 Sep 2019; rakusei.gr.jp, 16 Feb 2019; harmony.bayer.jp, 12 Dec 2018; genki-nippon.yomiuri.co.jp, 14 Nov 2017)