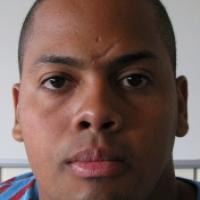 Why this sport?
He needs adventure and excitement in his life. ''The excitement during a competition is comparable with what I felt when I was Afghanistan. I think my body needs that.''

Nicknames
Tony (vice.com, 21 May 2016)
Most influential person in career
His family and his colleagues. (Veteranendag YouTube channel, 16 Oct 2016)
Sporting philosophy / motto
"The important thing is that I'm alive and that I'm healthy. I never think negatively and I always try to find a solution. That makes things a lot easier. The last thing I can remember from Afghanistan is laughing. That's why I'm so positive, I always say." (veteranendag.nl, 24 Jun 2016)
Other sports
He represented the Netherlands in wheelchair basketball at the 2016 Invictus Games. (vice.com, 21 May 2016)
Ambitions
To compete at the 2020 Paralympic Games in Tokyo. (veteranendag.nl, 24 Jun 2016)
Impairment
In 2008 his lower legs were amputated after the vehicle he was travelling in was hit by a roadside bomb while he was serving in the armed forces in Afghanistan. The amputation was followed by nine operations to help with his rehabilitation. Two of his comrades were killed in the same incident. (vice.com, 21 May 2016; toninhosports.nl, 2016; ringelgoslinga.blogspot.com,17 Jan 2010)
Other information
INKED
He has a number of tattoos, including the date his vehicle was hit by a roadside bomb in Afghanistan, which he got in memory of those who died in the attack. He also has a tattoo on his chest that reads, 'I'd never let them take me alive'. (vice.com, 21 May 2016; gelderlander.nl, 19 Mar 2012; markschouwink.nl, 18 Apr 2011)

PHOTOGRAPHER
In 2016 he was followed by the photographer Jan-Joseph Stok for two months in the lead-up to the Invictus Games. Stok called his portraits 'Tony the Wounded Soldier'. "Tony trains hard, he does not nag, and he wants to do everything like everyone else. I have a lot of respect for how he makes the best of his situation and is training hard to achieve something," Stok said. (vice.com, 21 May 2016)