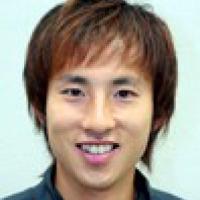 When and where did you begin this sport?
He took up the sport in 2000.
Why this sport?
Prior to his accident he enjoyed sports, particularly handball, and believed that taking up athletics would benefit his rehabilitation. He decided to focus on high jump after he set a national record.
Club / Team
SMBC Nikko Securities: Tokyo, JPN
Name of coach
Hiroki Fukuma, JPN, from 2004

He sustained injuries to his left knee in 2007. (dentsuprdigital.com, 30 Jul 2015)
Sporting philosophy / motto
"I feel that jumping events are a form of art. If the movement is flowing, it looks beautiful, and if it is jerky, it is not. That's why I think of myself as an 'artist who creates height'." (sports.nhk.or.jp, 11 May 2021)
Awards and honours
In 2016 he was given the Yamanashi Sports Award in Japan. (pref.yamanashi.jp, 15 Feb 2017)

He was flag bearer for Japan at the opening ceremony of the 2008 Paralympic Games in Beijing. (sports.yahoo.co.jp, 16 Sep 2008)

He has been given a Special Excellence Award by the Yamanashi Para Athletics Federation in Japan. (sannichi.co.jp, 31 Jan 2017)
Other sports
He was head coach of the handball team at Surugadai University in Japan in 2009. (kouenirai.com, 10 Jul 2015)
Ambitions
To win a medal with a high jump of more than two metres at the 2020 Paralympic Games in Tokyo. (paraspoplus.com, 06 Mar 2021)
Impairment
His right leg was amputated below the knee after he was involved in a traffic accident in 1999. (Athlete, 06 Nov 2019)
Other information
BOOK
He wrote an autobiography that was released in 2008. (kouenirai.com, 10 Jul 2015)

OTHER ACTIVITIES
He has served as a travel ambassador to Yamanashi in Japan. He has also worked as a director of the Kanto Para Athlete Association in Japan. (toru-suzuki.theblog.me, 17 May 2020)