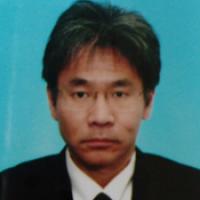 When and where did you begin this sport?
He began wheelchair racing at age 30.
Why this sport?
His friends recommended the sport to him.
Club / Team
Fukui Prefecture Para Athletic Association: Japan

In 2008 he received the Fukui Medal of Honour in Japan. (city.fukui.lg.jp, 2008)
Impairment
He has used a wheelchair since he was age 24 after sustaining nerve damage because of Charcot-Marie-Tooth disease. (digital.asahi.com, 10 Sep 2012)