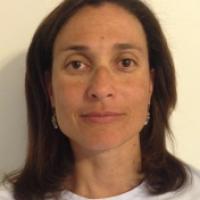 When and where did you begin this sport?
She took up shooting Para sport in November 2014.
Why this sport?
She competed in triathlon and rowing before taking up shooting Para sport. "In 2011 I got recruited to try out for USA rowing, but I pushed too hard and too fast, and ended up injured. I then had to have a variety of surgeries and could no longer go back to doing triathlons. My main sport now is shooting because it is not a stress on my body."
Name of coach
Chuck Platt [national], USA

Nicknames
Trish (Facebook page, 26 Sep 2017)
Most influential person in career
Her family and friends. (jenstratton.com, 12 Feb 2016)
Injuries
In 2012 she underwent surgery to fuse two vertebrae in her back. It did not alleviate the pain she had been suffering and she required two further operations. (rallyme.com, Jul 2015)

At the end of the 2011 Para rowing season she underwent hip surgery. (rallyme.com, Jul 2015)
Sporting philosophy / motto
"Always find ways to improve your situation. You have to keep your mind open to different ideas and ways of thinking. You have to be flexible and always look for more answers." (jenstratton.com, 12 Feb 2016)
Awards and honours
In 2011 she was inducted into the Sportswomen of Colorado Hall of Fame in United States of America. (triciadowning.com, 09 Oct 2015)

She received the 2008 Courage Award from the Tempe Sports Authority in United States of America. (triciadowning.com, 09 Oct 2015)

She was named 2006 Most Inspirational Athlete by the Challenged Athletes Foundation in United States of America. (triciadowning.com, 09 Oct 2015)

She was named the 2003 USA Triathlon Para Athlete of the Year. (wellroundedlifesite.wordpress.com, 26 Sep 2017)
Other sports
She competed at the Ironman world championships in 2006 and 2010, and finished 10th in the arms only single sculls [Para rowing] at the 2011 World Championships in Bled, Slovenia. Before her accident she had been a tandem pilot for a cyclist with a visual impairment at the 1998 World Championships. (triathloninspires.com, 28 Apr 2015; SportsDeskOnline, 01 Sep 2011; ironman.com, Sep 2010)
Ambitions
To compete at the 2020 Paralympic Games in Tokyo. (purpose2play.com, 27 Feb 2018)
Impairment
She has quadriplegia as the result of being hit by a car while cycling in September 2000. She sustained multiple fractured vertebrae in her back, one in her neck, two broken ribs and a fractured scapula [shoulder blade] in the accident. (jenstratton.com, 12 Feb 2016; purpose2play.com, 27 Feb 2018)
Other information
OTHER ACTIVITIES
In 2009 she founded Camp Discovery, set up to encourage women using wheelchairs to participate in athletic activities. In 2016 she founded The Cycle of Hope, a non-profit organisation dedicated to serving female wheelchair users. She serves as executive director of the organisation. She has also been a host and reporter for She's Got Grit, a digital series about elite female athletes with an impairment. (wellroundedlifesite.wordpress.com, 26 Sep 2017; westword.com, 15 Aug 2018; LinkedIn profile, 2018)

BOOKS
In 2010 she released the book 'Cycle of Hope, A Journey from Paralysis to Possibility'. In 2018 she released the fictional novel, 'Chance for Rain'. "There are two books in the running right now for book three, one fiction and one non-fiction. The non-fiction is more about what I have learned about mental toughness through my sports and injury, and would be primarily to use for my trainings and workshops. The fiction one is another love story with another main character with a disability." (triciadowning.com, 25 Aug 2016; Facebook page, 01 Mar 2018; purpose2play.com, 27 Feb 2018; westword.com, 15 Aug 2018)