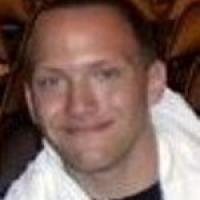 When and where did you begin this sport?
He began his athletic career as a wrestler in 2002 and took up Jiu Jitsu in 2006. He started powerlifting in 2008 aged 19 in Rocklin.
Why this sport?
He heard the story of American Paralympian Rohan Murphy, who transitioned from wrestling to powerlifting. He was motivated by Murphy's story to take up powerlifting himself.
"I have a passion for fitness and competition."
Club / Team
Fusion Elite Performance Training Center: United States
Name of coach
Mary Hodge [National Coach]
Coach from what year?
2008

"You should always have a mental advantage over your opponent. Never have any doubt in your mind that you're capable of beating the other guy. I don't have everything, but thank God who gave me enough that I can do what I want to do,"
(Facebook profile, 06 Jun 2011; graciemagworlds.wordpress.com, 03 Jun 2011; Athlete, 08 Feb 2012)
Famous relatives
He has competed in martial arts at national and international level against able-bodied athletes. (Youtube, 06 Jun 2011; graciemagworlds.wordpress.com, 03 Jun 2011)
Ambitions
To become a professional personal trainer. (disabledpowerlifting.org, 06 Jun 2011; Facebook profile, 06 Jun 2011)
Impairment
He was born with Spina Bifida. He has the use of his quads but not the rest of his legs, so he requires a wheelchair to get around. (graciemagworlds.wordpress.com, 03 Jun 2011; Athlete, 08 Feb 2012)
Other information
THE WAR MACHINE
He has a series of videos on YouTube demonstrating exercises on the CrossCore War Machine Rotational Bodyweight Trainer, specifically showing how the apparatus can be used by disabled or wheelchair-bound athletes. (Youtube.com, 06 Jun 2011)

MARTIAL ARTS PROWESS
He is a blue belt in Jiu Jitsu, competing for Infinite Jiu-Jitsu in Rocklin, California. He took part in the 2011 Jiu Jitsu World Championships, where he lost his only match on points. When it is his turn to compete he jumps out of his wheelchair and crawls to the centre mat, where his opponents quickly realise not to treat him any differently. "I'll try to tap them out if they do," he says, "Once people start sparring with me and see how serious I am, no one treats me differently. When I start a match or roll, my opponents realise I'm taking it very seriously, which is why they have to give it their all too." Despite losing his match, his competitive spirit was evident in a post-match interview: "It motivates me. I'm going to go find out the guy's name who beat me and I'll be looking for him in the future." (graciemagworlds.wordpress.com, 03 Jun 2011)