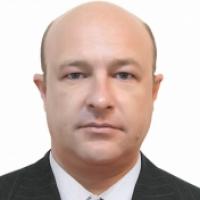 When and where did you begin this sport?
He began the sport in 1995 in the Republic of Adygea, Russian Federation.
Why this sport?
One of his friends advised him to try shooting.
Club / Team
DOSAAF: Maykop, RUS
Name of coach
Georgy Gulyaychenko, RUS, from 2000

Hobbies
Fishing, classical music, war literature. (Athlete, 04 Sep 2016)
Memorable sporting achievement
Winning gold in the SH1 air pistol at the 2008 Paralympic Games in Beijing. (Athlete, 04 Sep 2016)
Hero / Idol
Soviet shooter Alexander Melentyev. (Athlete, 05 Sep 2012)
Sporting philosophy / motto
"I like shooting because nothing repeats here, there are no leaders, so today you may be first and tomorrow you may be last." (ria.ru, 03 Feb 2014)
Awards and honours
He carried the Olympic torch through his hometown of Maykop, Russian Federation, ahead of the 2014 Olympic Winter Games in Sochi. (ria.ru, 03 Feb 2014)

For winning gold at the 2008 Paralympic Games in Beijing, he was decorated with the Order of Friendship by the president of Russian Federation. (kremlin.ru, 30 Sep 2009)