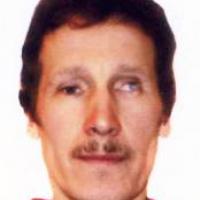 When and where did you begin this sport?
He took up skiing when he was a child.
Name of coach
Irina Gromova [head national coach] Dmitry Gromov
Coach from which country?
Russia
Handedness
Right

Hobbies
Watching movies, television, farming. (Vancouver, 12 Feb 2010)
Awards and honours
He has been decorated with the Order of the Red Star, the Order of Merit for the Fatherland, and a medal awarded by the Afghan people thanking him for his contribution in restoring peace during the Afghan War. (rezeptsport.ru, 23 Mar 2011)