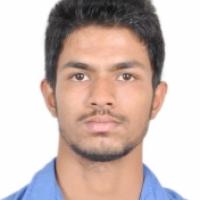 When and where did you begin this sport?
He took up high jump in 2010 at the St. Joseph Senior Secondary School in India.
Why this sport?
His sports teacher Manish Tripathi, who initially encouraged him to play basketball, realised his potential in high jump and started training him. "It was easy for me to make the transition to high jump. You need a good vertical jump to compete in basketball. I feel that I was born to compete in the sport of high jump. I love jumping."
Club / Team
Sports Authority of India [SAI]: Bengaluru, IND

Most influential person in career
His parents, and coach Satyanarayan. "I will always thank my parents. They never forced me to only pursue studies and were open to my passion for sports." (Athlete, 16 Jul 2017; republicworld.com, 15 Aug 2018)
Hero / Idol
Indian Para shot putter Deepa Malik. (Athlete, 16 Jul 2017)
Sporting philosophy / motto
"Life is too big to get disheartened at small failures." (sportskeeda.com, 05 Sep 2016)
Awards and honours
In 2017 he was honoured with the Arjuna Award by the Government of India. (news18.com, 29 Aug 2017)

In 2017 he was honoured with the Yashbharti Award by the Government of Uttar Pradesh. (Facebook page, 04 Oct 2019)
Impairment
The impairment to his left leg is a result of the effects of polio. (Athlete, 23 Oct 2015)
Other information
DEBUT DISAPPOINTMENT
He finished fifth in his international debut at the 2014 Asian Games, which, he said, made him very depressed. "I sat in the stands of the stadium and cried a lot. I had all plans to quit at that moment, but I didn't want to give up either. As a result, in the following games, I achieved better results." (republicworld.com, 15 Aug 2018)