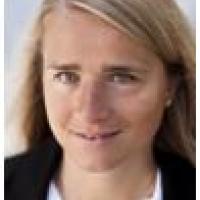 When and where did you begin this sport?
She took up Nordic skiing at age 11.
Handedness
Right

Nicknames
Vroni (Vancouver, 12 Feb 2010)
Hobbies
Running, cycling, horse riding, reading, watching movies, theatre. (Vancouver, 12 Feb 2010)
Injuries
She suffered serious injuries in an accident at the 2009 German Championships. Her guide gave her the wrong directions and she fell into a ditch and injured her knee, fingers and suffered injuries to her liver and kidney. (sport1.de, 14 Mar 2010)
Sporting philosophy / motto
"Do things you like and you will do them well." (utopia.de, 09 Jun 2010)
Awards and honours
She was named the Female Athlete of the Year by the International Paralympic Committee [IPC] in December 2011. (paralympic.org, 12 Dec 2011)

In February 2011 she was named Laureus World Sportswoman of the Year with a Disability. (laureus.com, 07 Feb 2011)

In 2010 she was named an Honoured Citizen of her hometown Tettnang, Germany. (stuttgarter-zeitung.de, 25 Mar 2010)

She was named the 2006 Sportsperson of the Year by the German Disabled Sports Association. (foerderkreis-heimatkunde.de, 20 Feb 2011)
Famous relatives
Her brother Michael has also competed at the Paralympic Winter Games in cross-country skiing and biathlon. (Vancouver, 12 Feb 2010)
Other information
RETIREMENT
She announced her retirement from skiing in November 2011. (paralympic.org, 11 Nov 2011)