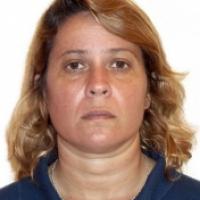 When and where did you begin this sport?
She began swimming at age five, and took up Para swimming in 2007 in Salvador, Brazil.
Why this sport?
Her doctors recommended that she take up the sport. "Besides my treatment, swimming is what really keeps me alive."
Club / Team
Yacht Clube da Bahia: Salvador, BRA

She has undergone multiple surgeries to her right shoulder due to dislocations caused by her condition. (Facebook page, 01 May 2018)
Sporting philosophy / motto
"Nothing is impossible until you try." (Athlete, 19 Jul 2015)
Impairment
She has Ehlers-Danlos syndrome, diagnosed in 2007, which affects her ability to produce collagen, provoking ligament weakening and loss of strength. She was only expected to live for a year after the diagnosis but managed to raise enough money to travel to France for a new type of treatment. Of the 20 people given treatment, she was the only one to survive. Due to the condition, doctors believed there was only a one in 150,000 chance that she could become pregnant. However, she conceived and gave birth to healthy twins. (tedxpelourinho.com.br, 17 Sep 2011; globoesporte.globo.com, 11 Nov 2015; brasil2016.gov.br, 12 Aug 2015)
Other information
DOCUMENTARY
She was the focus of the 2017 documentary 'Mar Grande' [Great Sea]. The documentary followed her journey to setting a world record as the fastest person with one arm to swim 10 kilometres on open waters, after crossing a strait connecting the cities of Mar Grande and Salvador in Brazil in 2015. "I really want the film to enter the [commercial] circuit and to inspire more people. Because, as much as I give interviews, give talks, a movie is different." (caixa.gov.br, 15 Jan 2015; atarde.uol.com.br, 07 Feb 2017)

NEW TREATMENT
When she began using a wheelchair due to her condition, she lost her job as a physical education teacher. Searching on the internet she discovered an experimental treatment with stem cells that was being used in France to treat Ehlers-Danlos syndrome. She raised the money to go there, around 60,000 Euros, with the help of friends and relatives. Once in France she had to wait for five days to begin the treatment, with no money for lodging and food. "I had to stay on the street, it was very difficult. One day, I met one Brazilian who helped me a lot." She began treatment in 2008, but after regaining some movement in her legs her condition worsened in 2018 and she was forced to raise money again to continue with the treatment. (globoesporte.globo.com, 11 Nov 2015; brasil2016.gov.br, 12 Aug 2015; correio24horas.com.br, 29 Jun 2018, 14 Nov 2018)