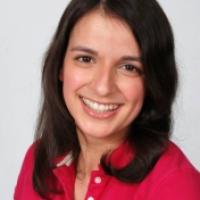 When and where did you begin this sport?
She began taking para-swimming seriously in 2011.
Why this sport?
She began swimming at a young age and was a leading junior swimmer before her illness.
Club / Team
North Shore Sharks: United States
Name of coach
John Ogden
Coach from which country?
United States
Training Regime
"I train about seven times a week. In that week, I get in about six sessions of in pool training and five sessions of dry land training."

Hobbies
Acting, modelling, writing, playing tennis, spending time with family and friends. (teamusa.org, 22 Aug 2012)
Sporting philosophy / motto
"Don’t let your limitations define you. My wheelchair does not define me. Don’t focus on what you don’t have, use what you do have." (victoriaarlen.com, 26 Apr 2013)
Awards and honours
After winning a gold and three silver medals at the 2012 Paralympic Games in London, the governor of her home state of New Hampshire, United States, declared 21 September 'Victoria Arlen Day'. (teamusa.org, 26 Sep 2012)
Other sports
She has also represented the United States at ice sledge hockey. (eagletribune.com, 31 Jul 2011)
Impairment
She woke up one day in 2006 and had trouble moving her legs. Two weeks later she was completely paralysed from the waist down and then started to have problems speaking, thinking and eating. She was eventually diagnosed with transverse myelitis, a neurological disorder caused by inflammation of the spinal cord. (unionleader.com, 07 Sep 2012; teamusa.org, 29 Jun 2012; wmur.com, 17 May 2012)
Other information
CLASSIFICATION CRISIS
A classification dispute just before the 2012 Paralympic Games in London ruled that her impairment was not severe enough for the S6 class, meaning she was ineligible to compete. She appealed the decision and went on to take gold in the 100m freestyle. (thesun.co.uk, 08 Sep 2012; telegraph.co.uk, 01 Sep 2012; dailymail.co.uk, 31 Aug 2012)

COMEBACK
She had never heard of the Paralympic Games and didn't realise there were opportunities for people with impairments to play sport until she read an article in the University of New Hampshire [UNH] alumni magazine. The article encouraged her and her first para-sport was ice sledge hockey. Despite having been a leading junior swimmer before her illness, the thought of swimming again after her paralysis worried her and she used a life jacket the first time she got back in the water. "I was afraid because for so long kicking was the way I got around, but my legs were just dead weights. I couldn't use them and my hands were really weak." (victoriaarlen.com, 26 Apr 2013; telegraph.co.uk, 08 Sep 2012; wmur.com, 17 May 2012)