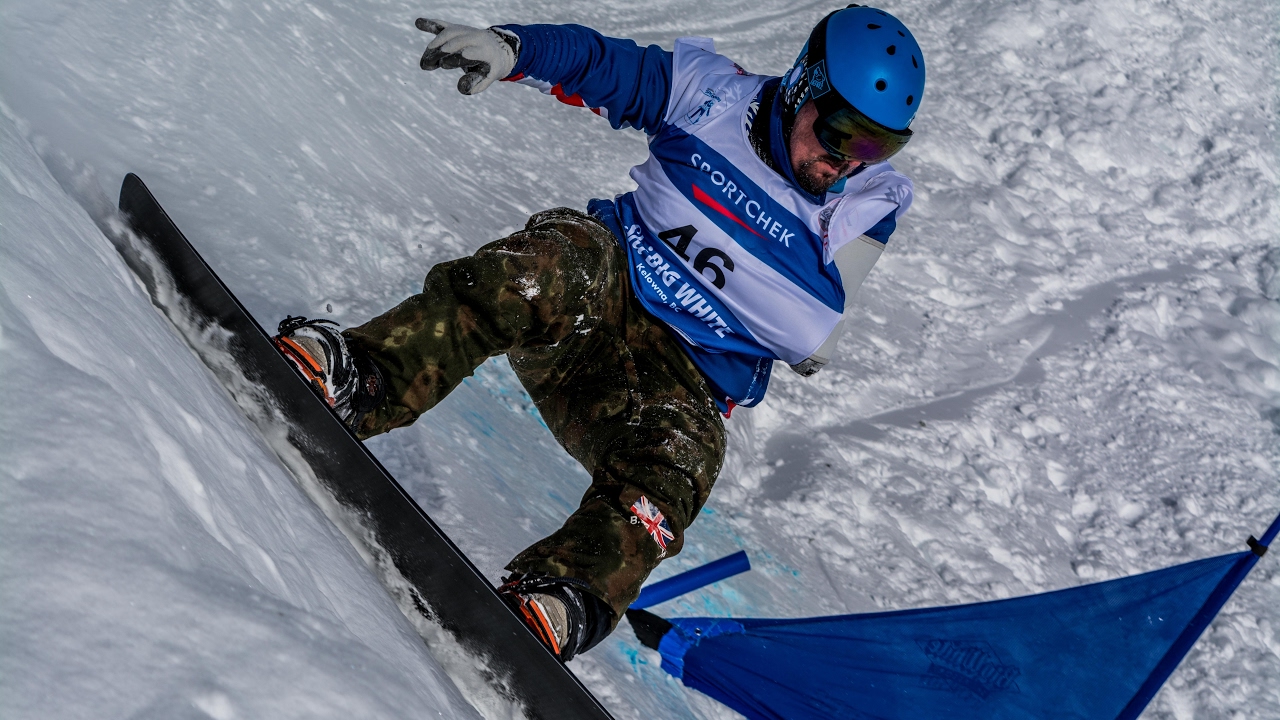 Footage from the first day of competition at the 2017 World Para snowboard Championships at Big White, Canada.

The USA’s Brenna Huckaby emerged through the foggy finish area, pumping her fists in triumph as she claimed the first gold medal offered at the 2017 World Para Snowboard Championships on Saturday (4 February) in Big White, Canada.

The 21-year-old defended her snowboard-cross SB-LL1 world title, being just one of six US athletes to litter the podium on the first day of competition.

“She had me at the start, she had probably a full board-length lead,” Huckaby said. “On the way down I was just on her tail. But my coach told me to ride my own line, so I rode my own line. And I kept accelerating, and turn seven came around, she went outside I went inside, passed her and held my own until then.

Mike Minor added another gold medal to the USA’s stash, making his Worlds debut one to remember.

“I didn’t get to know this existed until after Spain [the World Championships] had happened in 2015 and was only able to come in the next year in 2016 in the beginning of the season,” Minor said. “I have nothing to lose. Making it this far is a dream come true.”

“I had a really tough summer with radiation therapy and the cancer coming back so I’m really really stoked that I was here in the finals and winning it in the end,” Mentel-Spee said.

Mentel-Spee went over to congratulate her compatriot Chris Vos, who just won his big final over Austria’s Reinhold Schett. The gold medal was an early birthday gift for Vos, who turns 19 in two weeks. Mark Mann claimed his first Worlds medal, beating compatriot Mike Schultz for the bronze.

“I’m so confused now. I need a couple of minutes to realise what happened,” Suur-Hamari said.

“I had a [good] feeling because I’ve been training really good, and my coach has done really good work, so I was confident coming in. When I got onto the course for the first time, I already felt that this is going well and that I’m really confident on this course.”