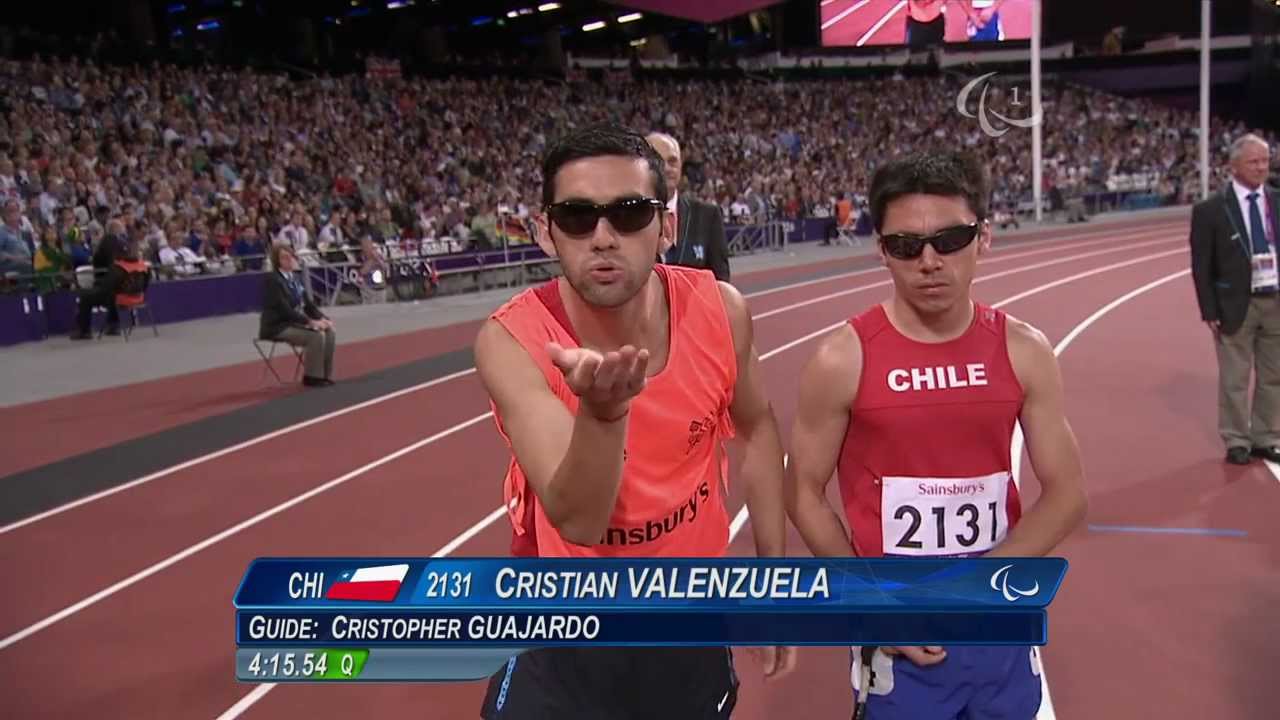 LONDON, September 3
Samwel KIMANI (KEN) took the T11 men's 1500m title in a world record 3:58.37 to become the first man in his visually impaired classification to go under the four-minute barrier in a Paralympic competition. KIMANI dueled with pre-race favourite and pre-Games world record holder Odair SANTOS (BRA) for much of the race, the latter leading for most of the first 800m before KIMANI decided to dictate the pace.The Brazilian stayed on his Kenyan rival's shoulder until 250m to go but, eventually, SANTOS had to settle for the silver medal in a South American record of 4:03.66, which was also inside his former world record.

"We decided to follow him (Odair SANTOS, BRA) for most of the race and then in the last 200m my guide James BOIT (KEN) said we should kick off now, and we did." - Samwel KIMANI