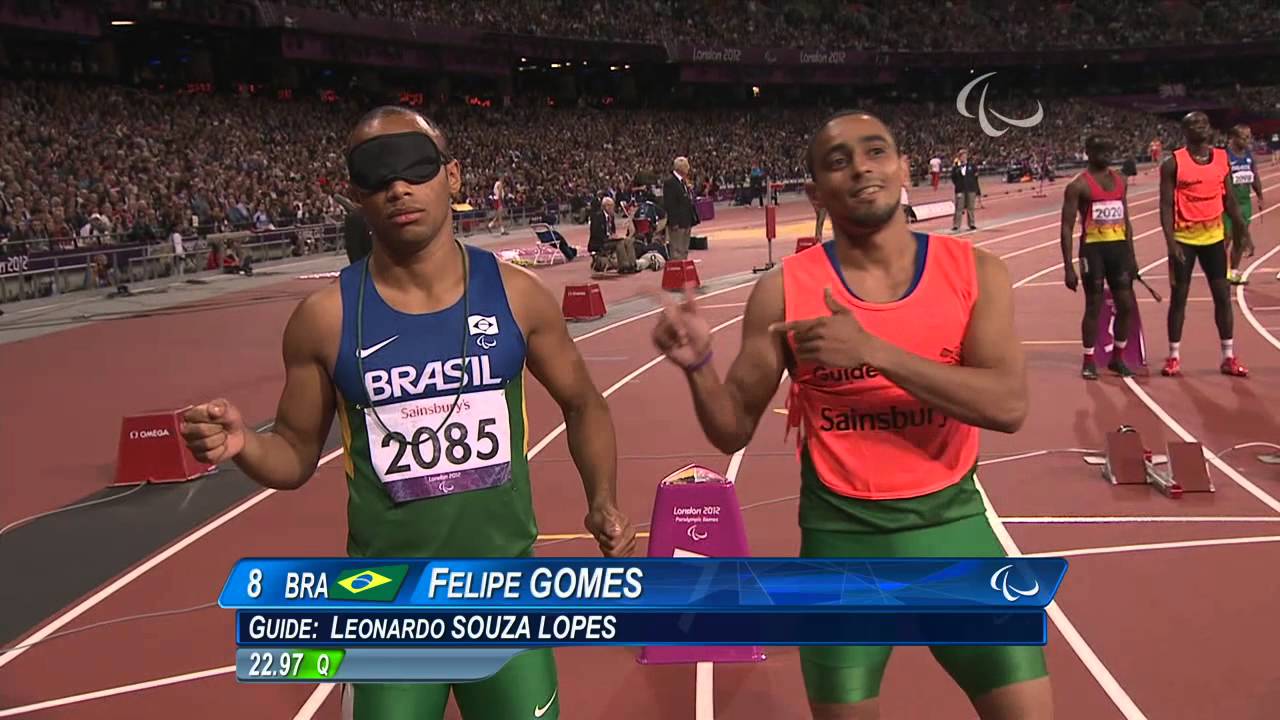 LONDON, September 4
The four runners in the T11 men's 200m came off the bend together and Daniel SILVA (BRA) briefly edged in front but was pipped on the line by the fast-finishing Felipe GOMES (BRA), who took gold in 22.97, with his compatriot taking the silver just 0.02 behind.

"I want to thank Daniel SILVA (BRA). He got in second place because Leonardo is his guide. My guide, Chocolate (Jorge Luiz SILVA DE SOUZA, BRA), had to go back to Brazil because he injured himself and Leonardo offered himself." - Felipe GOMES