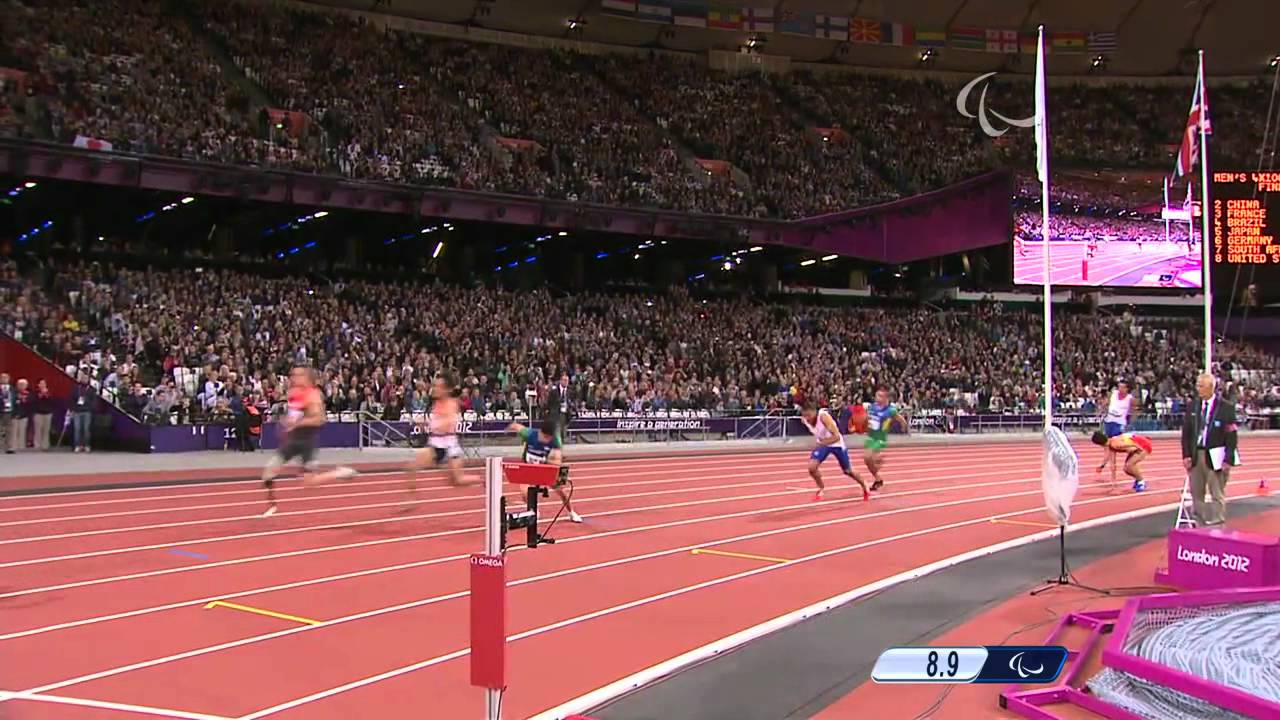 Oscar PISTORIUS (RSA) clinched his first gold medal of the London
2012 Paralympic Games when he anchored South Africa to victory in the
T42/T46 men's 4x100m relay in world record 41.78 seconds in the Olympic
Stadium on Wednesday.

Samkelo RADEBE, Zivan SMITH and Arnu FOURIE combined over the first
three legs to give PISTORIUS a fractional advantage over Brazil but
lined up three lanes inside him was Alan OLIVEIRA (BRA), who had
sensationally beaten PISTORIUS to the individual T44 200m title on
Sunday.

However, this time there was to be no upset as PISTORIUS powered down
the home straight while OLIVEIRA failed to reproduce the stunning late
surge that took him past his South African rival in the final metres the
last time the pair met in London 2012, which prompted PISTORIUS's now
infamous comments about the legality of OlIVEIRA's running blades.
BRAZIL were disqualified after the race had been concluded for a
baton-passing violation, leaving China to take the silver medals in an
Asian record 42.98.

PISTORIUS said "We smashed that world record. Each guy here did his job. I said to the guys to stay calm and focused."

Alan Fonteles Cardoso OLIVEIRA (BRA) said about Brazil being disqualified:
"We are very disappointedabout this because we had the result and were celebrating. It's so disappointing to be disqualified after everything."