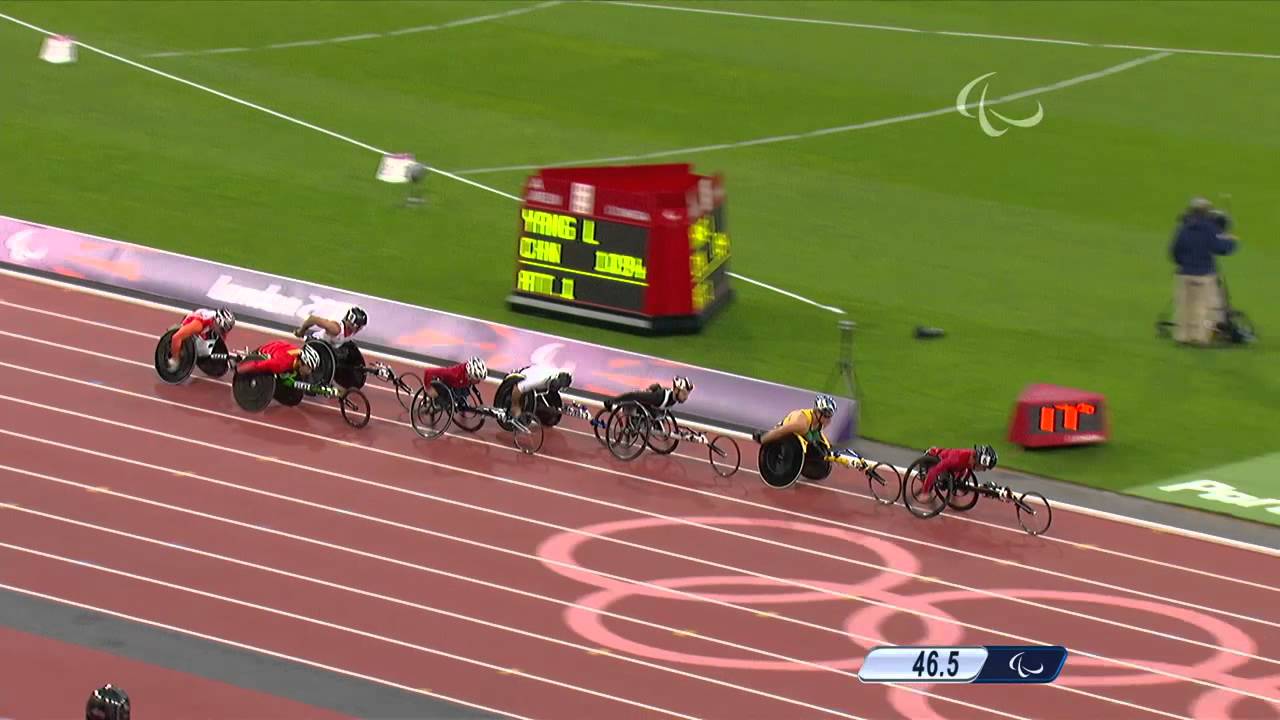 Richard COLMAN (AUS) made up for the disappointing performances by
other Australian wheelchair racers in these Games when he won his
country's third gold in the Olympic Stadium in the T53 men's 800m in
1:41.13, coming out ahead in a massed sprint in the final 100m which at
least four men in contention off the final bend.

Descrbing how he felt after winning gold, Richad COLMAN said, "Relief. Pure happiness
to finally get the job done. It was a tough field and there were a lot of athletes here. Any one of thoseguys could win it. It could have been anyone's race. I didn't want to attack so early but I could see those boys coming."
For further information, please visit http://www.paralympic.org. To watch live action and videos on demand of the London 2012 Paralympic Games, and subscribe to ParalympicSport.TV, please go to www.youtube.com/ParalympicSportTV. Also, you may follow the Paralympic Movement on Facebook at http://www.facebook.com/ParalympicGames or on Twitter at http://www.twitter.com/paralympic.