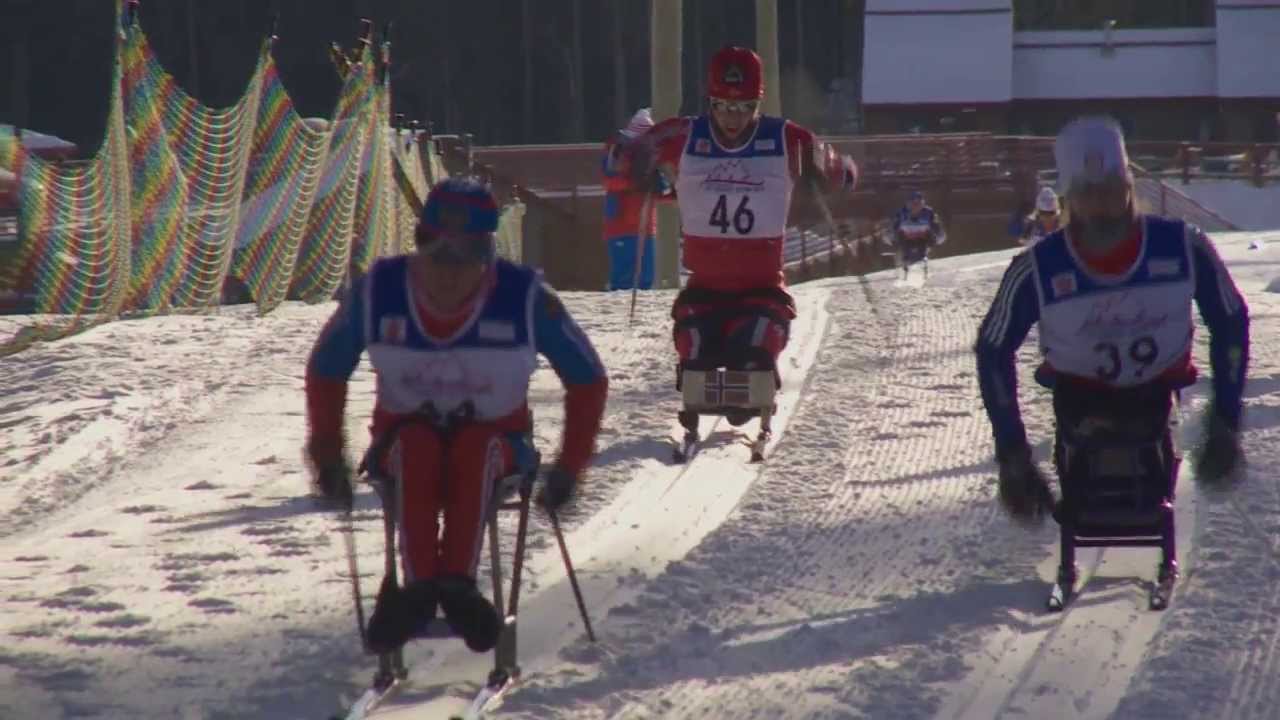 Murygin, 18, who made his international debut just two years ago, stormed to gold in 30:46.9 ahead of teammates Aliaksandr Davidovich (31:00.4) and Irek Zaripov (31.16.4). Reigning World Champion Roman Petushkov could only manage a seventh-place finish, whilst Murygin's biggest rival Kozo Kubo of Japan completed the 10km in sixth.

Under crystal blue skies and on a challenging course at the Canmore Nordic Centre, Russian Alena Kaufman saw off Japan's Shoko Ota who wins her first podium in the women's middle distance standing in 15:12.2. Ota, who finished in 16:19.8 said:

"I very much enjoyed the race. I had to work hard the whole time but there is still time to work on aerobic capacity before Sochi."

Japan's Momoko Dekijima made a promising start to pick up bronze (17:10.7).

Canada's 34-year old Brian McKeever managed to convert the home advantage into gold on the 10km course, winning in 25:21.1, despite having to ski without guide Erik Carleton in the men's middle distance visually impaired event.

"It was a good, hard, fun course. We don't often get to ski the biathlon trails and they are very different from the cross country trails.

"It's certainly not as fast," said McKeever, "but it is way more important that Erik stays healthy for the rest of the season."

Russian Stanislav Chokhlaev added to his country's medal haul for the day with a silver (25:45.2) ahead of teammate and International Paralympic Committee One to Watch Nikolay Polukhin (27:02.0).

London 2012 rowing bronze medallist Oksana Masters proved she is a force to be reckoned with on her season debut, picking up a bronze in the women's middle distance sitting.

Nearly 100 athletes from 12 countries in total will compete in the cross-country and biathlon competitions, which begin on Saturday (14 December).