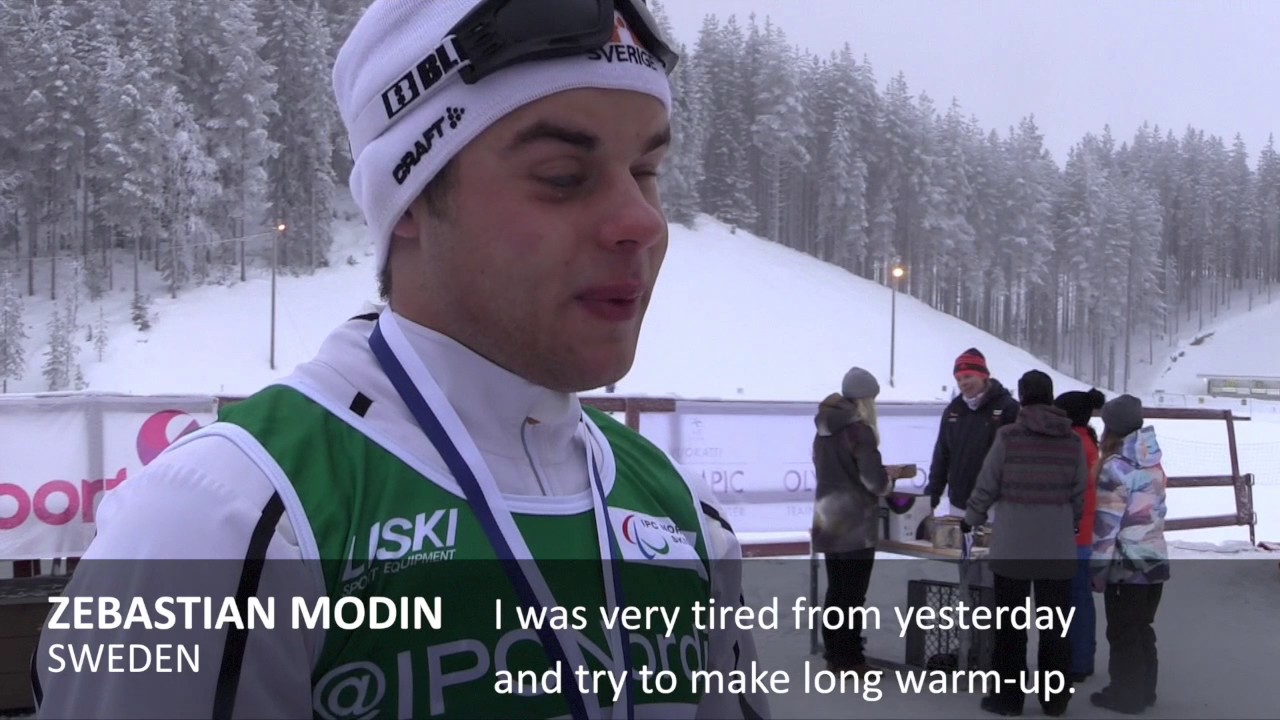 The Para Nordic skiing World Cup in Vuokatti, Finland, wrapped up on Friday (16 December) with third wins in cross-country for the USA’s Oksana Masters and Ukrainian teammates Maksym Yarovyi and Oksana Shyshkova in the short distance free technique. Masters (8:15.8) was the victor in the women’s sitting, completing a 100 per cent win record which included maximum points in the sprint classic and long distance classic. “This 2.5km is so tricky because it’s not a sprint, but you can’t go the same pace as the 5km - you’ve got to go faster, so it hurts but I love it,” Masters said. “I feel pretty good that I’m basically not right where I left off last season, but I’m getting there and hopefully when Finsterau [2017 World Championships] comes round I’ll be in a good prime.” Belarus’ Lidziya Hrafeyeva (8:36.3) and Norway’s Birgit Skarstein (8:45.3) were second and third respectively. Ukraine’s Maksym Yarovyi (14:28.5) also concluded his campaign with his third men’s cross-country sitting win. He now leads the World Cup standings by 90 points. Norway secured another podium thanks to Trygve Steiner Larsen (15:08.2) with his second top three finish of the week. South Korea’s Eui Hyun Sin (15:15.4) was third. Sweden’s Zebastian Modin (11:16.3) sealed his second consecutive win in the men’s visually impaired, following up on the long distance classic from Thursday (15 December) with guide Johannes Andersson. “I was very tired from yesterday and I tried to make a long warm-up but still I felt quite tired,” Modin said. “I tried to start slow today and then I was fourth, and I got some energy and had some power to use on the last 2.5km so I didn’t expect this, at least in the warm-up!” France’s Thomas Clarion (11:24.6), guided by Antoine Bollet, doubled his podium haul in second. On his World Cup debut, 20-year-old Belarusian Yury Holub (11:31.2) produced his first top three finish with third, guided by Dzmitry Budzilovich. Ukraine blocked out the women’s visually impaired as Shyshkova (6:35.3) skied to her third win with guide Vitalii Kazakov, cementing her lead in the World Cup standings. Olga Prylutska (7:03.3) was second, guided by Borys Babar, followed by Natalia Rubanovska (7:07.5) with guide Lada Nesterenko. France’s Benjamin Daviet (11:00.00), a medallist from the 2015 World Championships in the sprint classic and long distance classic cross-country, claimed his first victory of the season in the men’s standing. He managed to beat Ukraine’s Ihor Reptyukh (11:01.8), who won the long distance 24 hours before. Norway’s Nils-Erik Ulset (11:18.7) completed the top three. The women’s standing was a Ukrainian sweep, led by Liudmyla Liashenko (6:31.4). The 23-year-old finished ahead of Oleksandra Kononova (6:34.9) and Iuliia Batenkova (6:47.1) in second and third respectively. “I feel really excellent, it was my hope for today’s race and I really tried to win the gold medal,” Liashenko said. “I just tried my best to go as fast as possible.” Ukraine will get the chance to compete on home snow at the next biathlon and cross-country World Cup, taking place in Western Center from 13-20 January. “I am really happy because it’s my motherland and I really hope we will capture more victories,” Liashenko concluded. After Western Center, skiers will travel to Finsterau, Germany, for the 2017 World Para Nordic Skiing Championships from 10-19 February. Full results and current rankings are available at World Para Nordic Skiing’s website. Live results are available from all World Cups and the World Championships throughout the season at Para Nordic skiing website. https://www.paralympic.org/nordic-skiing/live-results/info-live-results/nskr16/index.html