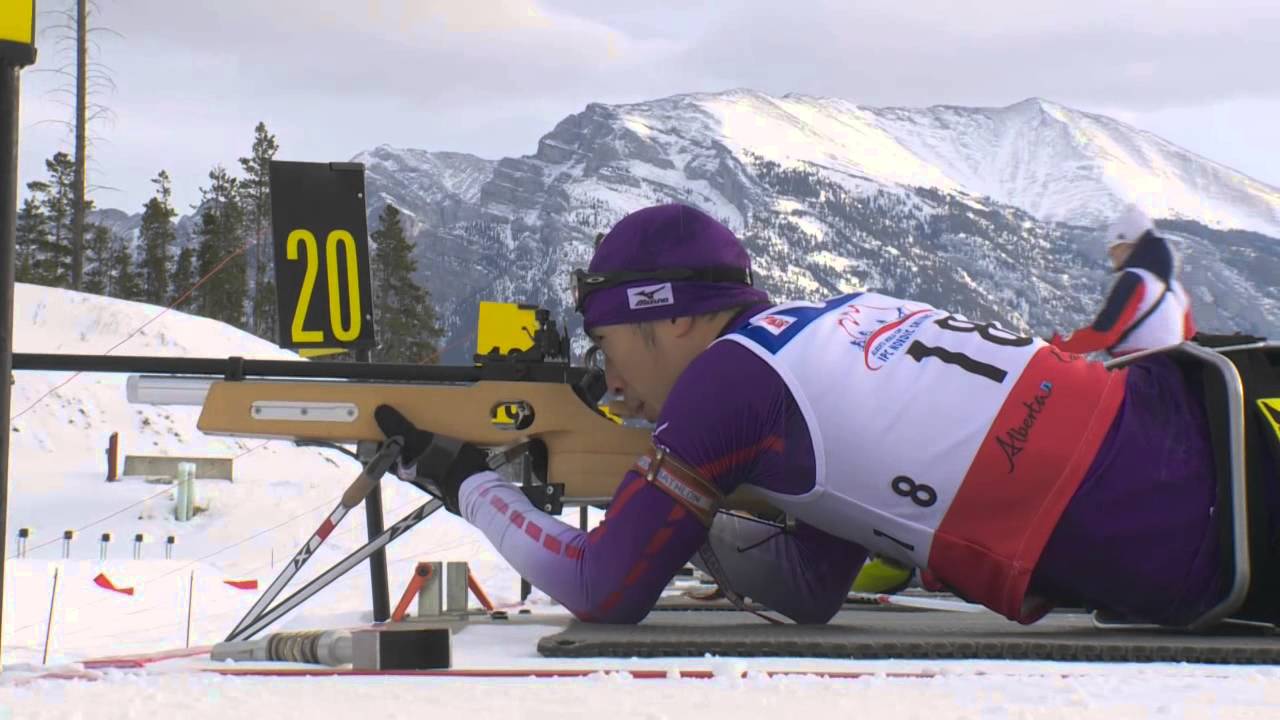 Saving their best for last four new athletes stepped on the podium for their first time in the six days of IPC Nordic Skiing World Cup in Canmore, Alberta, Canada. On Tuesday (17 December) athletes competed in long distance biathlon race.

In the women's 12.5km sitting Svetlana Konovalova of Russia finally added a first place finish to her previous second and third. With the wind a factor in the shooting again, Svetlana's three dropped shots and time of 41:53.4 was good for the win. Teammate Nadezda Andreeva also dropped three shots and came in at 43:50.6 for second. But it was Russian Akzhana Abdikarimova whose clean shooting on the day earned her third spot and her first podium in four years.

"I am so happy,” Abdikarimova said. “I thank all my coaches and team mates for helping me.

“The course was very long and hard but I managed to shoot clean. The wind was a real factor on my last two times through the range but I just tried to accommodate the wind like my coaches have taught me."

On the men's side Russia’s Roman Petushkov claimed his third first-place finish in the competition winning the men’s 15km sitting race in 40:06.8 with only one miss in the range. Equalling Petushkov in the range, Japan's Kozo Kubo could not match the Russian's speed and once again settled for second in 41:02.7. Relatively unknown in the powerful Russian contingent, Alexey Bychenok clocked the third-fastest time of the day (42:47.0), which - even with three dropped shots - put him on his first podium of this World Cup.

Canada's Mark Arendz's one dropped shot and overall time of 43:11.2 was good for first in the men’s stanind event to the delight of the local fans. Russian Aleksandr Pronkov whose ski time only lagged Arendz by three seconds found himself in second place, giving him his first trip to the podium with an overall time of 45:14.5. Nils-Erik Ulset of Norway, who had the fastest ski time of the day, missed four in the range to end up third in 45:18.5.

Ulset allowed that his cross country events "really sucked". However, his biathlon races while up and down did earn him a second and a third.

"Canmore Nordic Centre is a perfect venue with lots of variety. I also like that it is easy to get good nutrition in Canada,” he said.

Alena Kaufman of Russia, the only athlete to podium in all six races, earned a second and five first-place finishes including on Tuesday. Kaufman not only had the fastest ski time, she was the only standing woman to shoot clean. Her final time of 41:29.4 was almost five minutes of ahead of second-place finisher, teammate Natalia Bratiuk in 46:10.5. For the third straight day, third place belonged to Momoko Dakijima of Japan whose final time of 47:14.1 included three dropped shots.

"The Canmore courses are about the same level of difficulty as where I train in Tyumen, Russia,” said Polukhin. “But the tracks here are just great and I want to thank the organisers."

Vladimir Udaltcov and guide Ruslan Bogachev had a successful biathlon competition picking up their third second-place finish in 44:36.5. The third spot on the podium was reserved for new comers Aleksei Toropov and guide Evgenii Fatkhullin who earned their place with quality shooting dropping only two in 45:24.1.

Four veteran Russian women with a visual impairment shared the biathlon podium over the last three races. In the long distance it was Mikhalina Lysova and guide Alexey Ivanov who were back on top with clean shooting and a time of 41:06.3. They were followed by Iuliia Budaleeva and Tatiana Maltseva who skied faster but dropped two shots for a time of 42:10.7. Elena Remizova and Natalia Yakimova only missed one target to claim third in 42:18.9. However, it was the US rookie, Shawn Cheshire whose tenacity stole the hearts of everybody who saw her ski and made every volunteer realise why the para-Nordic movement must grow and flourish in our own backyard. She finished fifth in 1:01:26.5.