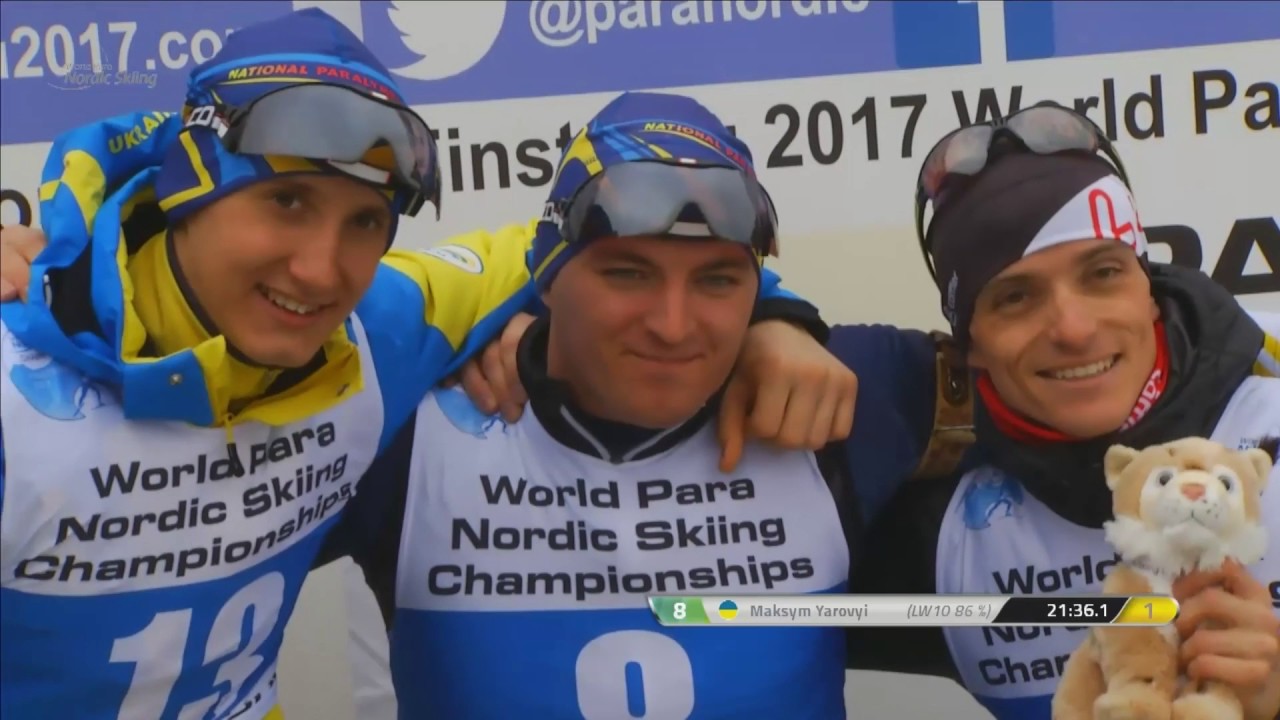 A trio of athletes secured podium sweeps of biathlon with wins at the 2017 World Para Nordic Skiing World Championships in Finsterau, Germany, on Saturday (18 February).

The biathlon competitions concluded with the sprint, the last of three medal events to be contested in the Bavarian forest.

Ukraine’s Liudmyla Liashenko (18:25.0) shot clean to double her gold medal count in the women’s standing, adding to her career first world title from the Individual exactly one week ago. The 23-year-old also collected silver in the middle distance.

Canada’s Mark Arendz (18:30.0) reclaimed his world title from 2013 in the men’s standing. Finding some crucial extra speed by the 5km point, Arendz moved into pole position to claim his second gold and third medal overall.

“That was an amazing race. For the results to be that tight, both of us [me and Ihor Reptyukh] shooting clean – that’s the two titans of this race today,” Arendz said of his close race with the Ukrainian silver medallist.

“It all came down to great skis from the wax techs. For me they were amazing. I just had to push the body and keep skiing as hard as I could.”

The men’s and women’s visually impaired were both led by Ukrainians.

Germany’s Clara Klug (20:38.8) threw everything she had at the trail and shooting range but settled for her second silver and third medal overall, guided by Martin Hartl.

“It’s just overwhelming,” Klug said. “It was a really good race today, I felt really good on the course.

“I had a lot of fun today. It’s amazing I said I wanted to win three Filus, the mascot of this event, and now I’ve got three. I love it here in Finsterau. A big thank you to the team and my guide Martin Hartl, who yells a lot at me on the course but it really helps!”

Anatolii Kovalevskyi (19:55.9) left with his first Worlds biathlon gold since 2011 in the men’s, guided by Oleksandr Mukshyn.

France’s Anthony Chalencon (20.37.2) broke into the biathlon top three for the first time in his career, claiming bronze with guide Simon Valverde.

The USA’s Oksana Masters shook her head in disbelief as she received her first World Championships winner’s mascot from the women’s biathlon sitting.

The summer and winter Paralympian has found her rhythm on the range this week, after having some doubts about her shooting at the start of the season.

Ukraine’s Paralympic silver medallist Maksym Yarovyi (21:36.1) took gold in the men’s sitting on his only appearance in biathlon of Finsterau 2017.

Competition at the Finsterau 2017 World Para Nordic Skiing Championships will conclude on Sunday (19 February) with the middle distance cross-country.

Live results and live coverage from the 2017 World Para Nordic Skiing Championships are available at Finsterau2017.com.