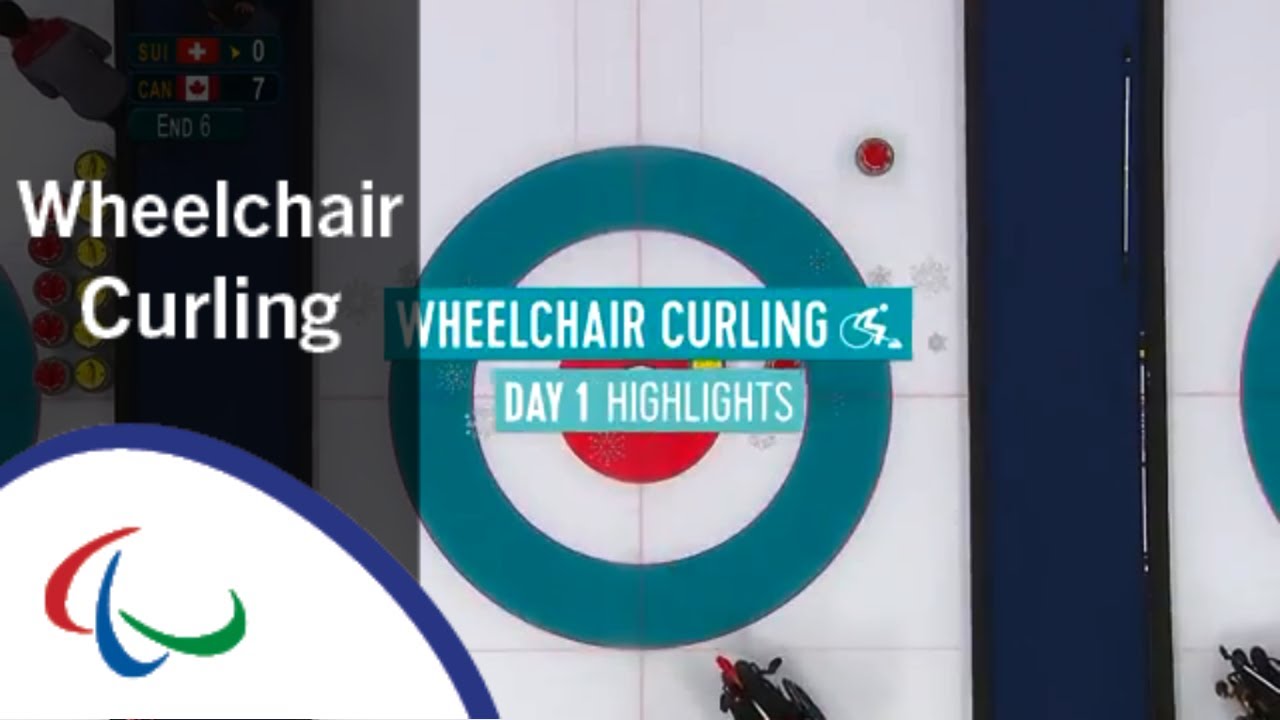 Wheelchair Curling kicked off the sports at PyeongChang 2018 Paralympics. Hosts Korea and reigning Paralympic champions Canada were in action as well as a incredibly tight affair between Slovakia and Finland.

Canada began the defence of their Paralympic title with a shutout 8-0 win over Switzerland after six ends of play on the opening day of the Paralympic Winter Games PyeongChang 2018 at the Gangneung Curling Centre.

After racing to a 5-0 lead before the break, a further steal of two points in the fifth end gave Canada a 7-0 lead. A final steal of one point in the sixth end was enough for Switzerland to concede with the score 8-0.

Canada skip Mark Ideson said: “It felt great, you know, there's a lot of energy in the building, and you know I was really proud to wear the maple leaf out there. The team played really-really well in front of me, so, we're off to a good start. You know, what? Leading up to the Games we had a feeling that we'll meet some really good teams and we have to take it one rock at a time, so that's what we plan on doing.”

Hosts Korea began their competition with a 7-3 win over United States. Korea lead 2-1 at the fourth end break after a tight first half, but the fifth end saw the game change completely.

In that fifth end, Korean fourth player, Jaegoan Cha, with his final stone, hit out the only United States counter to score four points and take a 6-1 lead. Korea then stole a single point in the sixth end before United States responded with a score of two points in the seventh end. A double-takeout by Korean third, Seungwon Jung in the eighth end was enough to force United States to concede the game and give Korea the 7-3 win.

In the morning session’s final game Germany defeated the Neutral Paralympic Athlete (NPA) team 9-4. NPA were ahead 4-3 after six ends, then in the seventh end, NPA skip, Konstantin Kurokhtin, was unable to remove German counting stones with a takeout attempt, leaving German skip, Christiane Putzich with an open draw for three points and the 6-4 lead. A further steal of three points by Germany in the eighth end gave them a 9-4 win.

Four teams opened their Paralympic Winter Games PyeongChang 2018 campaigns in the second session of round-robin play, with China and Slovakia emerging victorious, while Canada and Korea picked up their second wins of the day.

China defeated Sweden 9-4 in the first game for both at the competition. China opened the scoring with a single point in the first end and followed that up instantly with a steal of three points in the second end.

In the sixth end, China skip, Haitao Wang with his first stone, hit a precise takeout through a narrow port to lie three shot stones, then when Swedish skip, Viljo Petersson Dahl was heavy with his draw, Wang promoted a Chinese stone at the edge of the house to score four points and take a 9-2 lead, on their way to a 9-4 victory.

Wang said: “I think that our stick was better than the one of the Swedish team, I think it was the key to win this game. I really like the atmosphere in the arena, it's so good to play here. We have a great connection with the other team members, we have a really good relationship.”

Slovakia and Finland were also competing in their first game of the competition, with Slovakia coming out on top 7-6. In a back and forward game, Slovakia took a 3-2 lead into the fourth end break. Finland scored a single point in the fifth end to level the scores before Slovakia hit back with a score of three points in the sixth end.

Slovakia stole a vital single point in the seventh end when Finnish fourth player, Markku Karjalainen hit out one Slovak counting stone but was unable to keep his shooter in the house. Finland then scored three points in the eighth end, just falling short of the four they needed to level the game, giving Slovakia the 7-6 win.

In the session’s final game, Korea and the Neutral Paralympic Athletes (NPA) team went all the way to an extra end. In that extra-end NPA’s skip, Konstantin Kurokhtin, wrecked his final stone on a guard, giving up a steal of one point and Korea the 6-5 win.