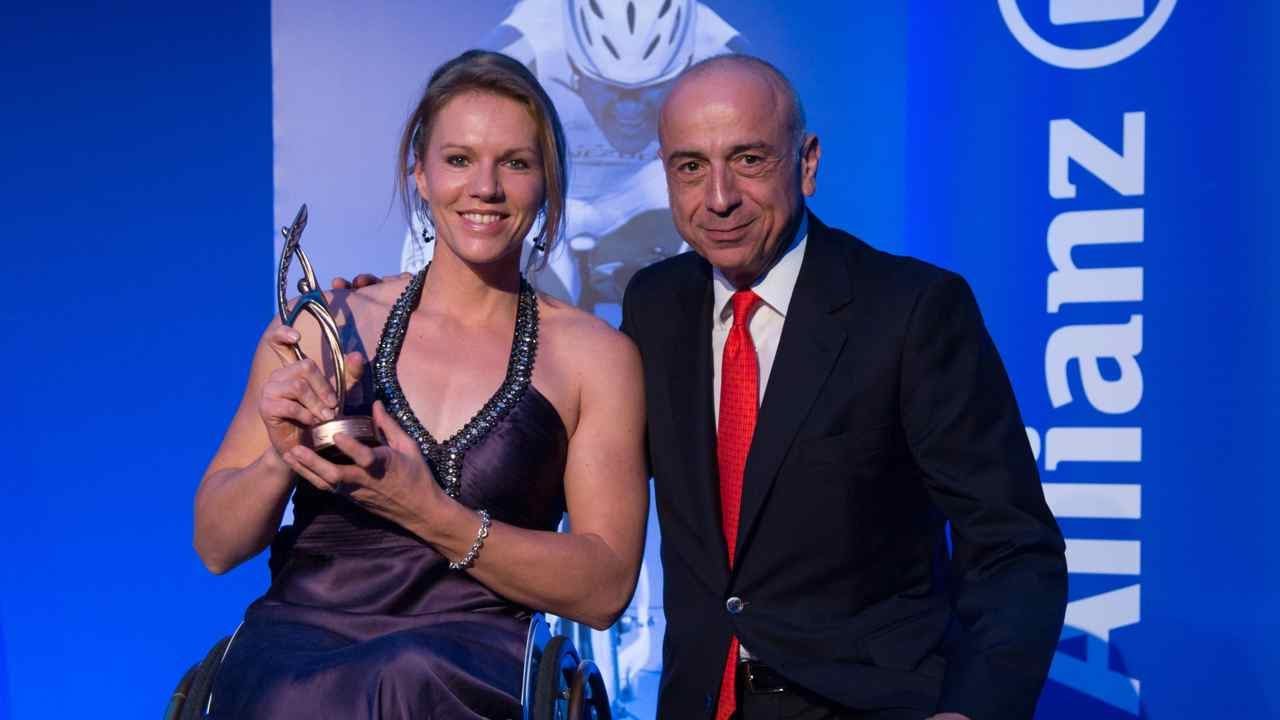 The Netherlands' Esther Vergeer won Best Female after finishing one of Paralympic sport's most successful careers with a fourth wheelchair tennis singles title, and also a gold in doubles.

Vergeer, who retired from sport shortly after London 2012, dominated wheelchair tennis for more than a decade, winning eight Paralympic titles, 42 Grand Slam titles and ending her career on a 470-match winning streak in singles.

Vergeer said: "It feels like it is a huge recognition for all my achievements. In London, at the Paralympic Games I played my last wheelchair tennis match. London was one of the many highlights my tennis career had, so I am very proud of winning the gold medal.

"It is great to be surrounded by so many great athletes from all over the world. You see Paralympic sport grow, and I am really hoping that I will stay involved and see it grow even more in the future."