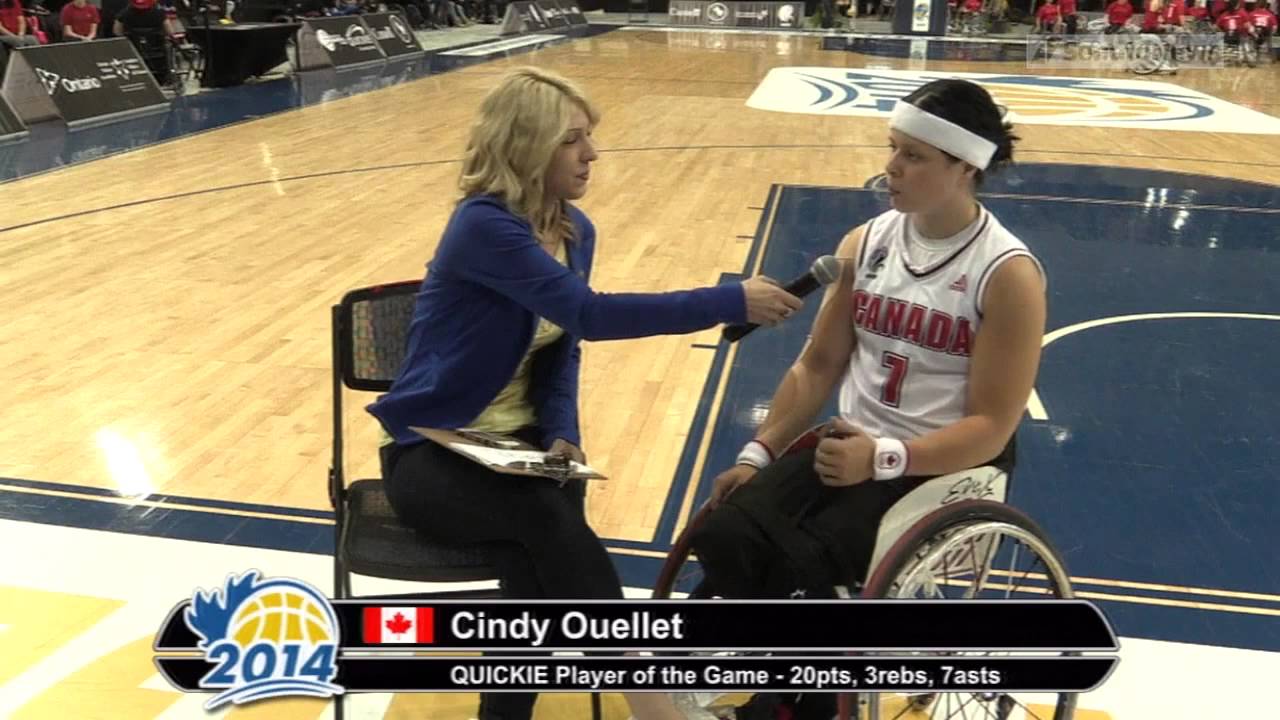 Team Canada powered past Australia 63-47 to earn a spot in the semifinals of the 2014 Women's World Wheelchair Basketball Championship.
Team Australia erased an early 7-2 run by Canada to come back and lead 9-8, but the Red and White responded to control the contest at 19-14 to end the period. The back-and-forth action continued in the second with Australia knotting the match at 27 before Canada regained its composure to go ahead 33-29 at halftime.

Australia trimmed the Canadian advantage to two points early in the third, but Team Canada responded with an 18-4 streak to distance itself 53-37 after 30 minutes of play. The Canadians earned the victory on the strength of some steady work in the paint, outscoring the competition 48-14 down low.

A three-pronged Canadian attack was led by Quebec City, Que. native Cindy Ouellet who notched 20 points and seven assists in the contest. Janet McLachlan of Vancouver, B.C. collected a double-double of 17 points and 15 rebounds, while Elmira, Ont. product Katie Harnock also added 17 points for the home side. Sydney's Sarah Stewart countered with a team-high 12 points for Australia.

Canada's head coach Bill Johnson credited the team's defensive pressure and depth when asked about the victory. "We were able to force them to take some outside shots tonight. We're fortunate to have a few players who can score. In the past, we've had one or two, so that depth will be important moving forward."

The Canadians' semifinal match tomorrow will come against an undefeated squad in Team Netherlands. Australia will meet China in the consolation round.