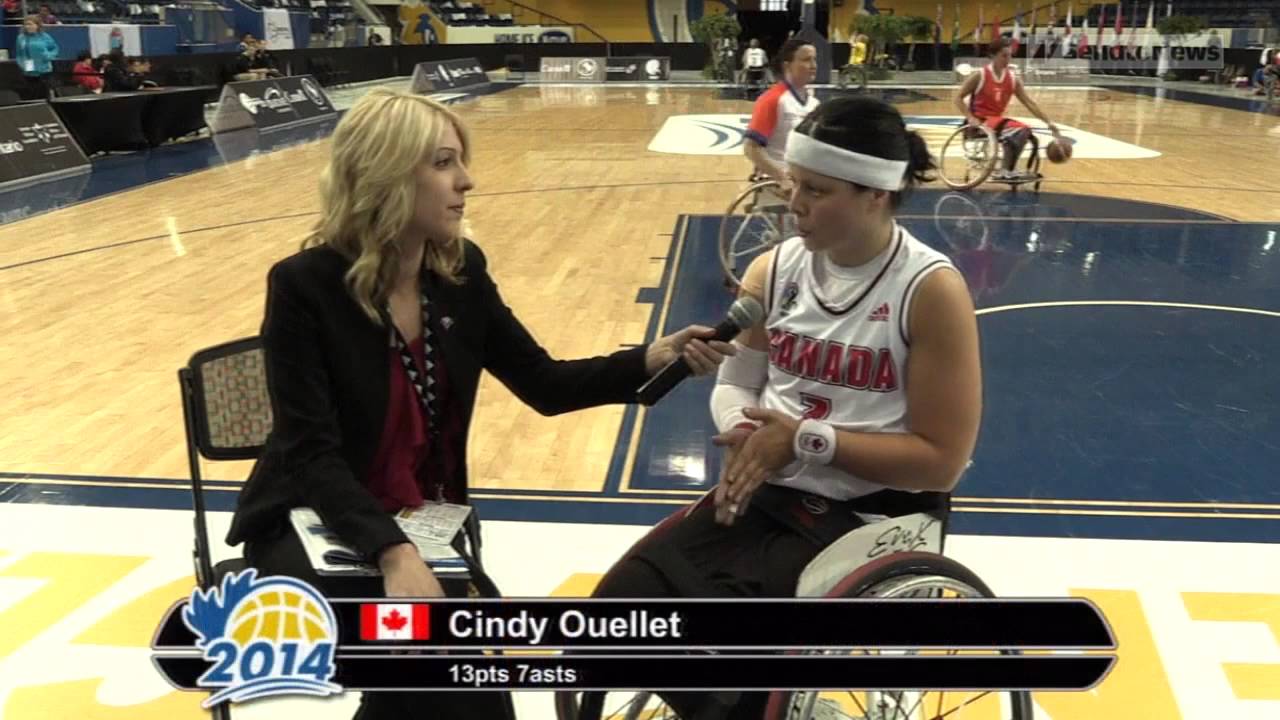 Canada had a big fourth quarter, scoring 19 points and defeating Great Britain 59-52 to close out their round robin play at the 2014 Women's World Wheelchair Basketball Championship.
The Day 5 action at the Mattamy Athletic Centre was a close matchup throughout, featuring six lead changes. A strong charge by Great Britain at the end of the second quarter gave them a 26-25 going into the half.

The third quarter would be very much the same as the first half, with Great Britain controlling the tempo for the better part of the quarter. Part of how Great Britain was able to be so successful was with their rebounding, collecting seven offensive rebounds after three quarters and finishing the game with 10.

"Definitely something we want to improve on," Canada's head coach Bill Johnson said after the game about giving up so many offensive rebounds. "We struggled a bit with that in the game against China as well so it is something we're focused on and will be addressing for sure."

After three quarters, the two teams were tied at 40.

Canada would come out flying in the final stanza, going on a 9-4 run to start. The Canadians would find a way to counter the Great Britain's aggressive defence and was able to play some good defence of their own to secure the win.

The win secures Canada a place in Thursday's quarterfinal finishing the round robin with a 4-1 record. Great Britain will also be in the quarterfinals and finished their preliminary round with a 3-2 record.