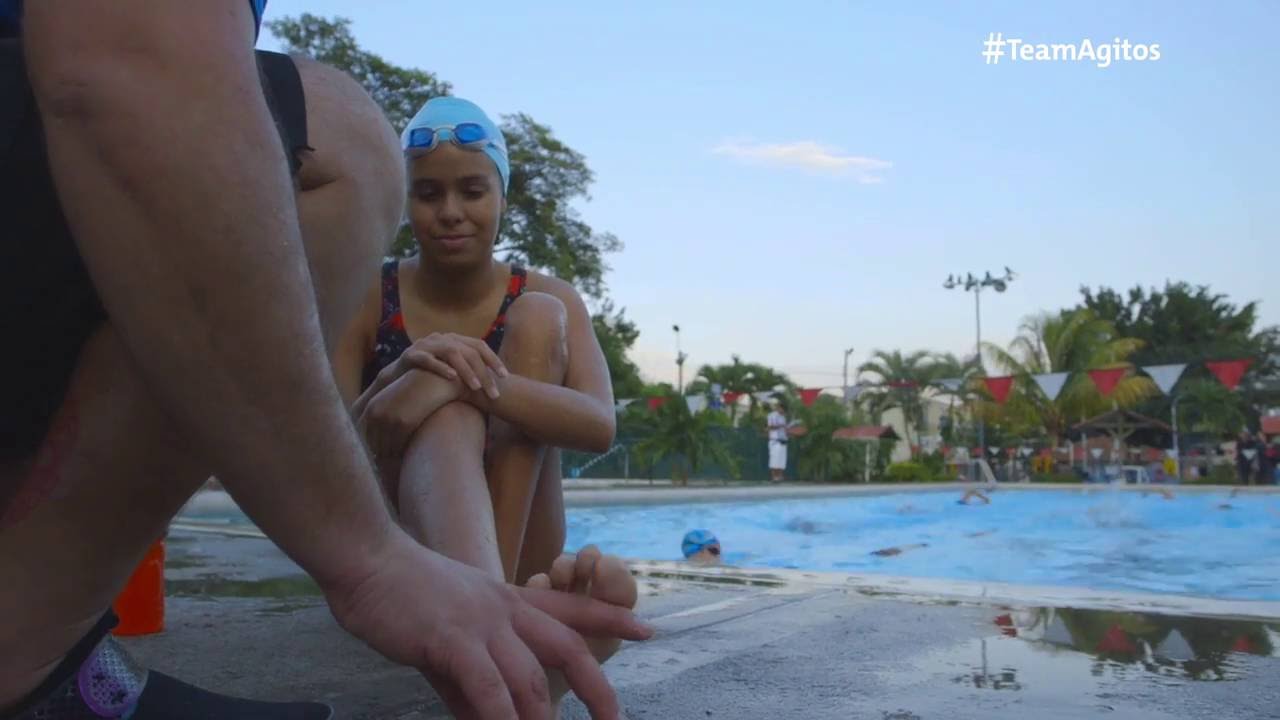 Get to know Maria Paula and her family: https://www.youtube.com/watch?v=_AmjMurfD2Q

Despite not qualifying for Rio 2016, the S10 athlete is determined to take her progress forward into her long term future.
“I hope to represent my country at Tokyo 2020 and win a Paralympic medal,” Barrera said.
“Santiago 2014 was my first international competition and it showed me what I am capable of achieving. No one expected a 12-year-old to climb onto the podium three times.
“I also exceeded my expectations at Toronto 2015, where I could rub shoulders with some of the best swimmers in the continent and learn from them ahead of future competitions.”
Barerra is also grateful for the support she received through the camp.
“The Agitos Foundation has supported me in my swimming training, has followed me in different international competitions and has recognised my hard work, which I deeply appreciate,” she said.
Barrera has a congenital absence of the tibia in her left leg and started swimming as a way of rehabilitation. She had a leg brace fitted and underwent surgery, meaning she could not regularly attend school.
“My brother used to swim at a club close to where I was doing my rehab exercises and I decided to join him. Since then, swimming has been an important part of my life,” she said.

“I have lived a normal life, have never been bullied because of my disability and have always had the support of my family and friends. There are always people that look at you in a strange way in the streets, but I really do not care.”
Currently, Barrera is studying for her high school diploma and describes herself as “disciplined and efficient.” After that, she aims to start college and continue with swimming.
“For the time being, I want to keep growing as a person and as an athlete. Over the years, I need to find out what my purpose in life is and to discover more exciting things,” she said.
“Sometimes it might not be easy, but I believe people without impairment also go through difficult moments. We just have to accept ourselves as we are and need to learn to live with what life has given us.”
Barerra’s father, German, says there have been times where he has had to step-in: “The truth is, the only time I notice anyone looking at my daughter is when she competes in able-bodied competitions where people don’t know her.
“People look at her leg and she turns to me and says she doesn’t want to swim.
“I tell her not to worry. Get in the water and you will see that once you get out people will look at you differently.”
Clean, broadcast quality versions of Barrera’s videos are available free of charge to all media. Requests should be submitted to [email protected] The Agitos Foundation must be credited for all use of footage.
The Agitos Foundation road to Rio 2016 videos will feature at least one athlete per week until the 4 August, to show the compelling stories that exist in Para sport development as part of #TeamAgitos. A final video for each athlete will then be published the week before the Rio 2016 Paralympics begin.
Anyone can use #TeamAgitos on social media to show they are part of the team, whether they are fans, athletes, coaches, part of the Paralympic Movement or a partner organisation.