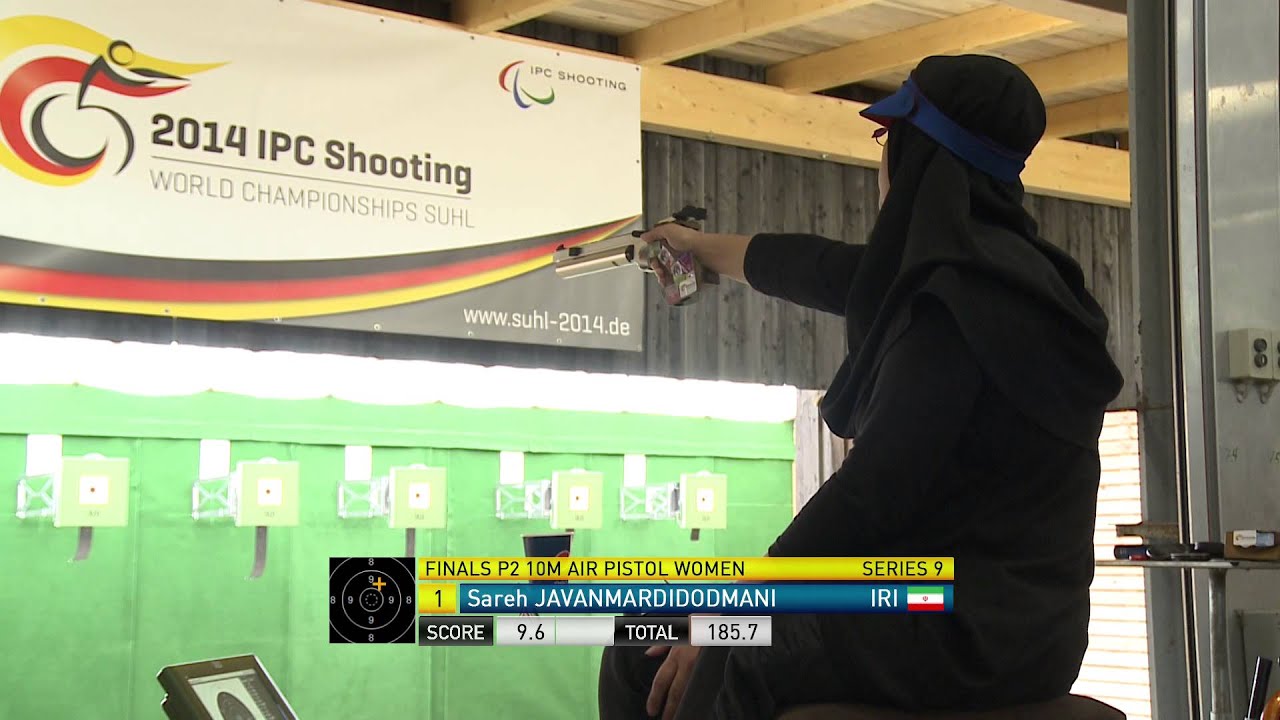 The record-breaking success of the 2014 IPC Shooting World Championships in Suhl, Germany, have made it to No. 19 in the IPC’s Top 50 Moments of 2014.

The event, from 18-26 July, boasted 265 athletes from 53 countries, who set nine world records on their road to the Rio 2016 Paralympic Games.

Taking over the world

Javanmardidodmani has gone from strength to strength since her bronze medal performance at London 2012.

“After the Paralympic Games, the World Championships became my core focus. There was a lot of stress and many expectations as the result would determine my selection for Rio,” she said.

The Iranian handled herself perfectly to win her first world title in the P2 (women’s 10m air pistol SH1), 3.6 points ahead of Hungarian Krisztina David.

The also victory meant Javanmardidomani was the first athlete to seal q quota place for Iran at Rio 2016.

“Fortunately, the achievement was an individual gold medal and team silver medal in Suhl; and ultimately I qualified for Rio,” she said. “The reaction from my supporters was unimaginable. I believe their prayers lead me to get medals and set new records”.

“Winning the gold medal in the 10m and 50m air pistol and setting a new world record was an unbelievable moment. I only thought to conquer one of the Asian titles, winning the double never crossed my mind. After setting a world record in the P4 50m air pistol; the toughest event, I’m confident that I could be successful in the P3 [mixed 25m pistol SH1] air pistol however, the challenge will be finding the time to fit everything in.’

Winning medals and breaking world records has put a huge target on Javanmardidmani’s back and the rivalry on the range is heating up as the countdown to Rio continues. She has defeated London 2012 gold medallists Olivera Nakovska-Bikova of the FYR Macedonia and China’s Jianfei Li already this year and she shows no signs of slowing down. “In shooting, it’s hard to forecast who will be in the finals. Nothing is certain, but I hope everyone participating in these competitions can show their best. I wish success to all my rivals,” she said.

Can he get any better?

Jacobsson was another key feature in Suhl, claiming his 18th and 19th World Championships titles to cement his place as the most successful athlete in the history of shooting para-sport.

The opening day of Suhl 2014 saw Jacobsson break the European record on his way to victory in the R1 (men’s 10m air rifle standing SH1). Less than a week later Jacobsson pinched the win in the R7 (men’s 50m rifle 3 positions SH1).

Those remarkable performances meant that Jacobsson sealed a quota spot for what could be his tenth consecutive Paralympic Games. If he takes on the challenge there is no doubt he will be looking to replicate his World Championship success in Rio by adding an 18th and 19th Paralympic gold medal to his incredible repertoire.

Suhl 2014 also featured demonstration events for visually impaired and para-clay target shooting. The success of these lead to the green-light from countries to begin further development of both disciplines.

The platform for the IPC Shooting World Championships has made leaps and bounds since the inaugural 1994 event in Linz, Austria. This year’s Championships played host to almost double the amount of participating athletes from twenty years ago and an additional 30 countries were represented. Shooting has continued to build enthusiasm, which is evident given the monumental success of Suhl 2014.