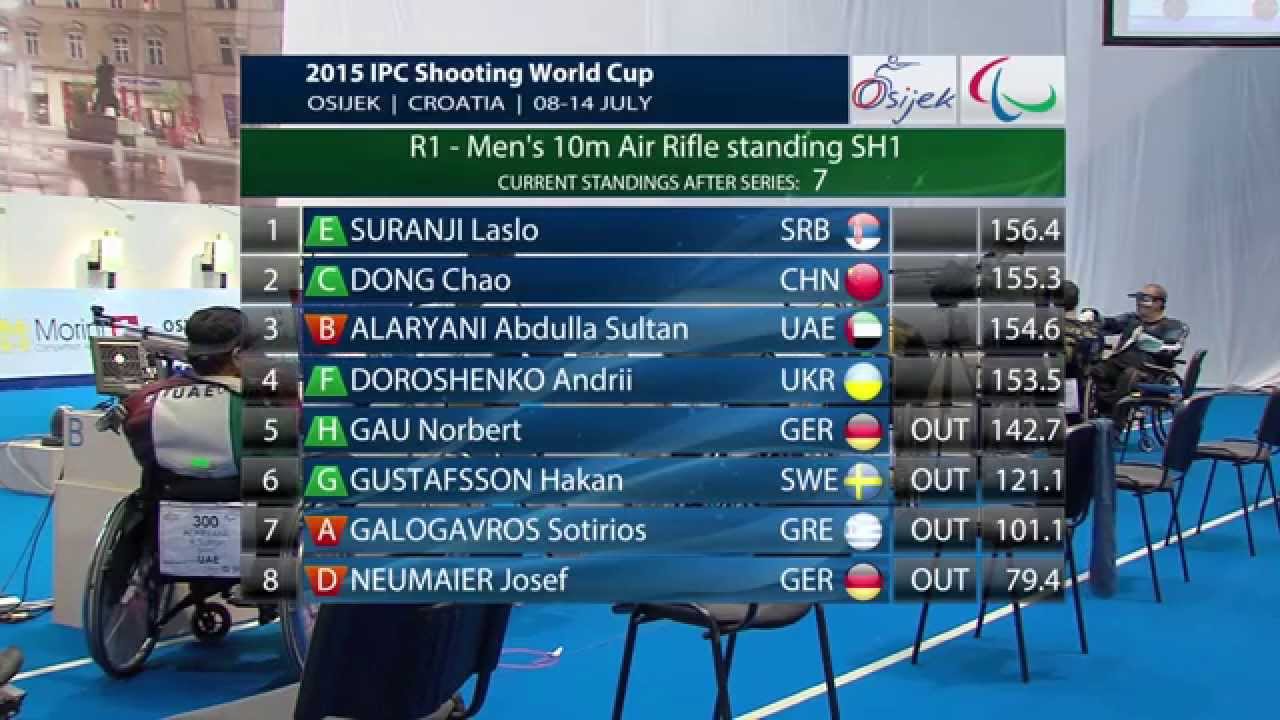 Suranji was trailing China’s Dong Chao (206.6) in the early stages, but a 10.9 in the third elimination round helped him to turn things around.

IPC Shooting World Cup in Osijek, Croatia acts as a qualifier for the Rio 2016 Paralympic Games.