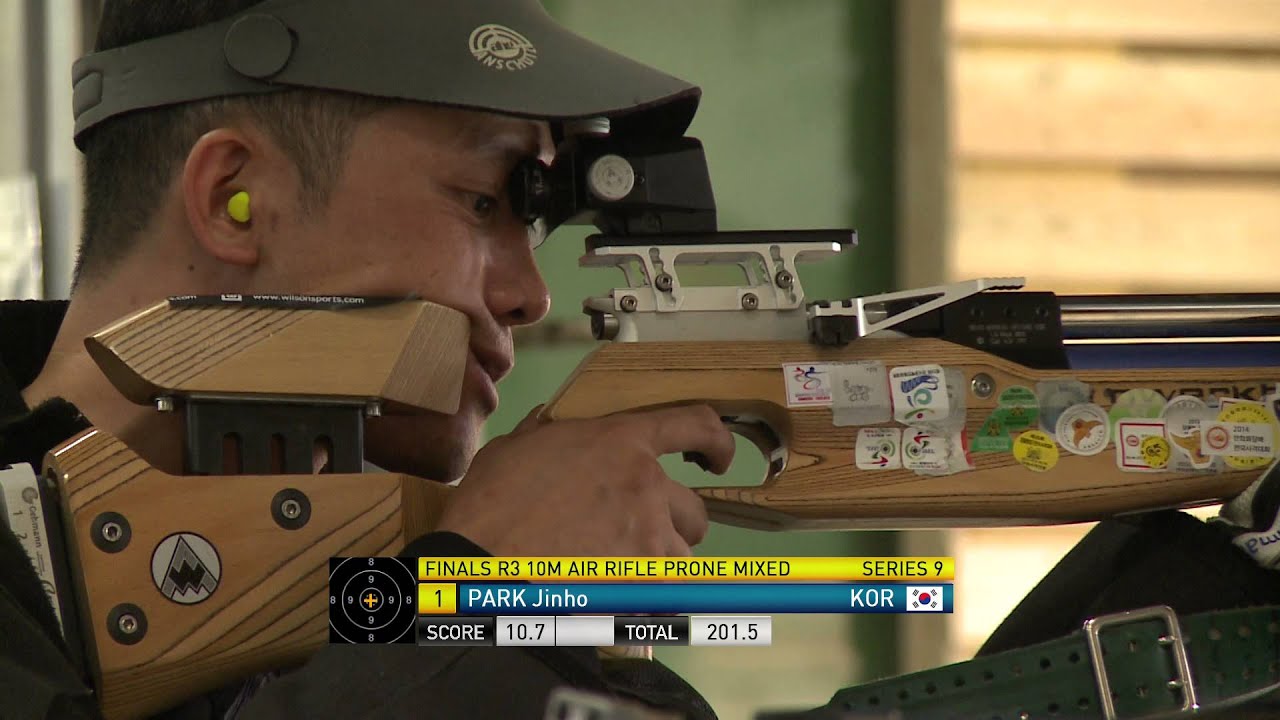 Jinho Park won individual gold at the 2014 IPC Shooting World Championships in Suhl, Germany, on Monday (21 July) on a tremendous day for Korean shooting with the country winning four golds and a total of five out of the eight medals available.

In a thrilling R3 (Mixed 10m air rifle prone SH1) final, Park led from the front and, despite being pushed hard by Great Britain’s Matt Skelhon, was able to claim gold ahead of a field that contained Sweden’s Jonas Jacobsson and Slovakia’s Veronika Vadovicova – both gold medallists already in Suhl.

The 37-year-old did have a slight worry however when, with just two shots to go, Skelhon cut his advantage and drew level.

But the Brit could not maintain the momentum and fired a 10.0 with his penultimate effort to all but hand the gold to Park, who landed a 10.7.

With his final effort, Park held his nerve with a 10.4 to score 211.9 and equal the finals world record.

“At the beginning, I felt very anxious, but as time went by, when my shots were good I felt more comfortable, which allowed me to win the gold medal,” said Park.

In what looked to be a tactical move, the South Korean waited until everybody else had fired before taking his shot. Park claimed however it was the conditions, rather than then a ploy to gain an advantage over his rivals.

“Originally, I felt very hot, so it was very hard to control, the humidity was high, so it was hard to concentrate, so that is why I took my time,” he said.

“I didn’t feel any pressure on myself, I just wanted to participate and do well.

For silver medallist Skelhon in 211.3 it marks an improvement from the 2010 World Championships, and matches his finish in this event at the London 2012 Paralympic Games.