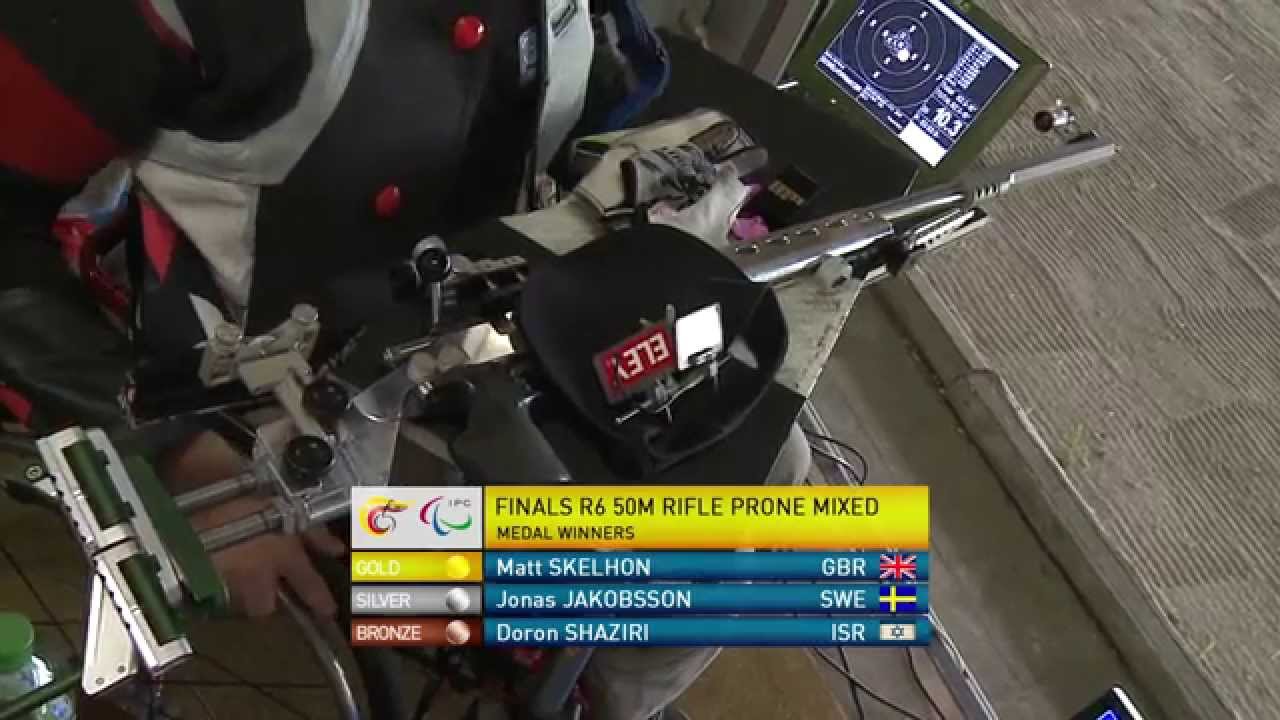 The London 2012 Paralympic silver medallist produced a superb display to claim gold in the R6 (mixed 50m rifle prone SH1) thanks to a 3.6 point advantage over his nearest rival.

In the R6 (mixed 50m rifle prone SH1), Skelhon qualified in first place and in the final, incredibly composed shooting saw him open up an unassailable lead by the halfway stage.

With four competitors remaining, Skelhon’s lead stood at 2.2. By the time he entered the final round he led Sweden’s Jonas Jacobsson by 3.2 and gold was all but secured.

“I am over the moon, I really wanted to win. I just missed out yesterday so it feels fantastic to win this today,” said the 29-year-old who won silver in Monday’s (21 July) R3 (Mixed 10m air rifle prone SH1).

“I moaned about it a bit yesterday, but I woke this morning and just concentrated on today’s event – I wasn’t going to let this one get away.

“It was difficult conditions out there, fairly windy, but I know I can shoot well in the wind. When it came to the final the wind dropped a bit, so that gave me even more of an advantage.”

Determined to win in style, Skelhon fired a 10.9 with his penultimate shot, before landing a 10.3 to break his own finals world record in 209.5.

“As soon as I got in the lead in a little bit, I just wanted to build on that,” said the new world champion.

“When I got two points ahead, I thought I am going to have to make a massive mistake to lose this one, but I have had some problems in the past with dropping the last few shots, but this time I stayed strong and focussed throughout – it felt good.”