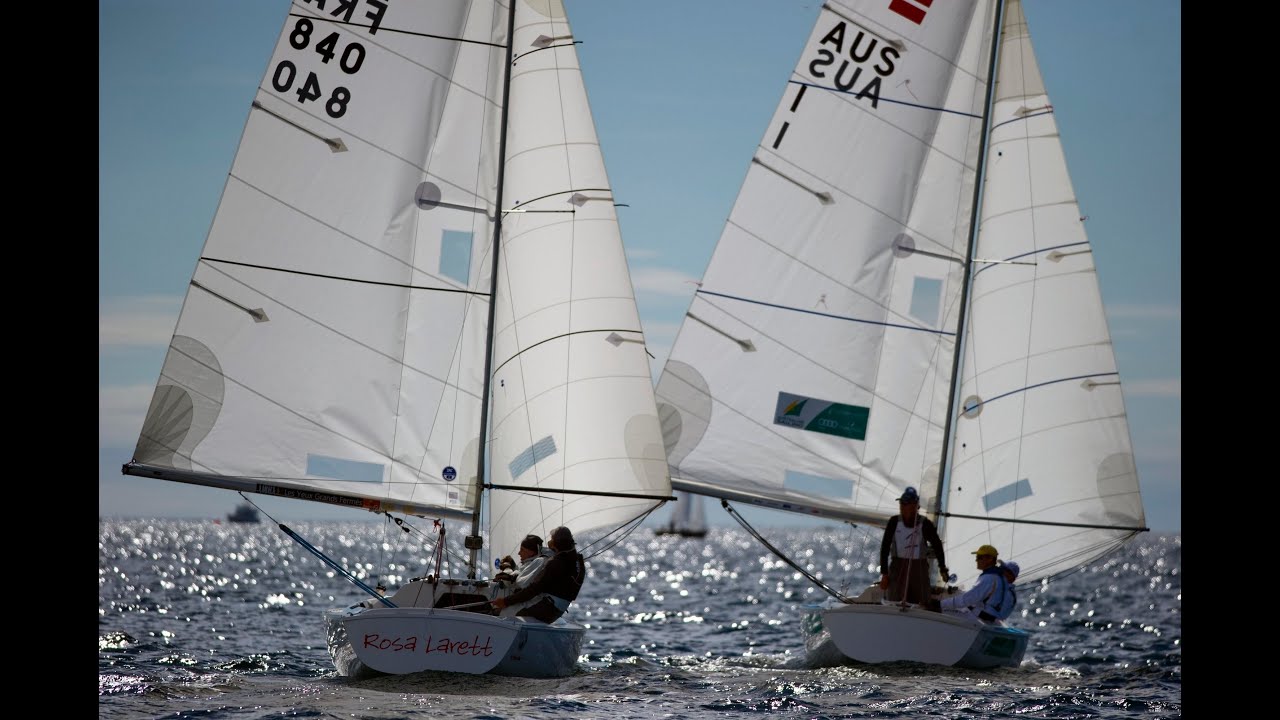 On the second day of racing, 18 boat Sonar fleet were the first to get going with their Race 4 of the regatta.

Ten-time Irish Paralympian John Twomey and his crew Ian Costello and Anthony Hegarty got off to a good start and were third around the first windward mark. The wind picked up to between 16 and 18 knots but as the fleet approached the leeward gate Jens Koker from Germany had a collision with the Norwegian team helmed by Aleksander Wang-Hansen.

The Germans did a 720-penalty turn but unfortunately both their boat and the Norwegian boat had been damaged and they both had to retire from the race. Bruno Jourdren from France was first through the gate with his crew of Eric Flageul and Nicolas Vimont-Vicary, followed by Rick Doerr (USA), Udo Hessels (The Netherlands), John Twomey (Ireland), John Robertson (GBR) and David Barnes (New Zealand).

The leaders stayed in the same positions until the end of the race which saw Jourdren taking his second win of the regatta, maintaining his place at the top of the leader board.

All 18 boats got off to a clear start for the second race, followed by Doerr and Hessels, respectively.

In the final sonar race of the day, Hessels crossed the line first, followed by Jourdren and Twomey.

Jourdren leads the overall standings in the sonar class, followed by Hessels and Australia's Colin Harrison.