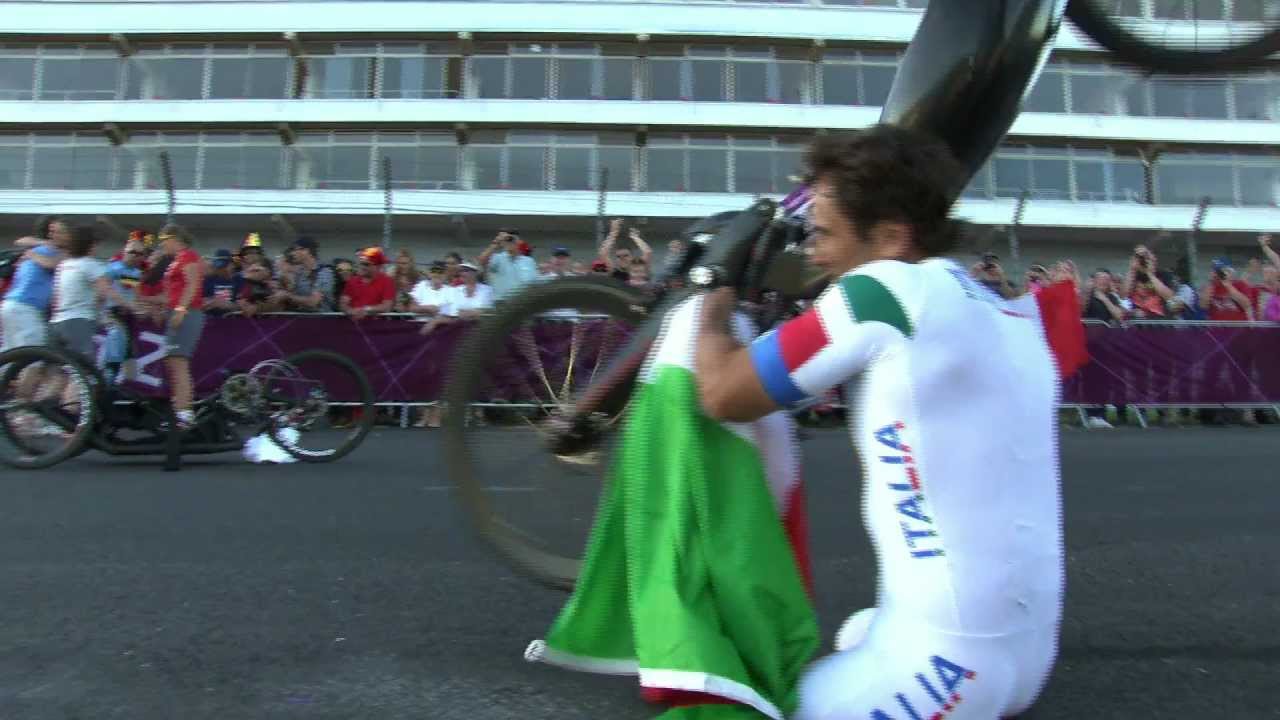 Italian handcyclist Alex Zanardi takes the IPC's top moment of 2012 after winning two Paralympic golds on the same course he competed on as a Formula 1 driver. The International Paralympic Committee (IPC) has revealed that Italian handcyclist Alex Zanardi's London 2012 performance comes in as No. 1 in its Top 50 Paralympic Moments of 2012. The 45-year-old became a global sensation after winning gold in the men's individual H4 time trial and road race at Brands Hatch, 21 years after racing there as a Formula 1 driver. He was voted the IPC's Male Athlete of the Month for August/September for his performance, which also included a silver with his Italian teammates in the mixed team relay H1-4. Zanardi lost both his legs when he was injured in the American Memorial 500 cart event in Germany in September 2001. About the IPC The International Paralympic Committee (IPC) is the global governing body of the Paralympic Movement. The IPC organises the Summer and Winter Paralympic Games, and serves as the International Federation for nine sports, for which it supervises and co-ordinates the World Championships and other competitions. The IPC is committed to enabling Paralympic athletes to achieve sporting excellence and to developing sport opportunities for all persons with a disability from the beginner to elite level. In addition, the IPC aims to promote the Paralympic values, which include courage, determination, inspiration and equality.